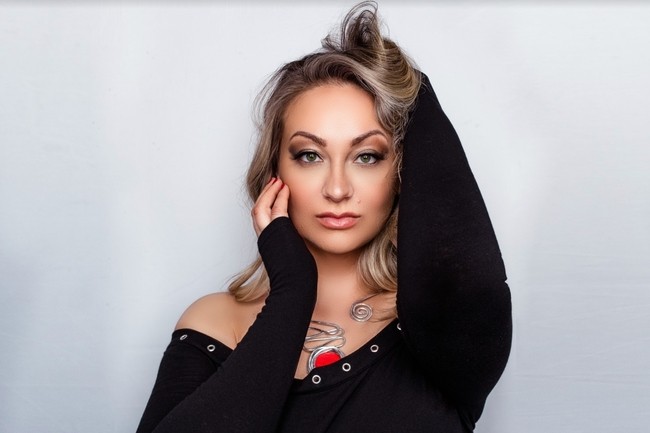 A dance floor is a place of release. Euphoria, transcendence, abandon: club music elicits all of these feelings. Yet because of the heightened emotional state that the best dance-pop encourages, listeners are often wide open to persuasive, empathetic messages. Ukrainian-American singer-songwriter Yevae has done a lot of hard thinking about how to move the crowd, and she’s put those observations into practice on a series of dizzying disco-pop singles. She’s also determined to take things deeper than many artists are willing to go. Through her writing, she’s confronted issues of trust, betrayal, mental health, healing, self-determination, and autonomy, and through her videos, she’s brought those visions to life with clarity and conviction.

That project extends to her latest songs. “Wings” and “I Run To You” are both sleek, delightful club confections, smartly performed, beautifully sung, and designed to drive the dancefloor into delirium. But they’re also pieces of confessional pop with powerful, clear-eyed lyrics meant to resonate with anyone facing a personal challenge. Remove the propulsive beats and the shimmering synthesizer, and present these songs on an acoustic guitar, and they could fit snugly into an intimate coffeehouse set. This is the secret key to Yevae’s success and her profound connection with her growing audience: she may encourage her listeners to dance, but she also feels their pain.

The new singles build on the success of “Stand For Yourself” and “Free Me,” two recent releases that firmly established Yevae as a master of contemporary dance music and a fighter for social justice and personal liberation. She’s paired both “Wings” and “I Run To You” with gorgeous music videos that reinforce their serious themes and, at the same time, make the warmth and playfulness of her personality manifest. The clip for “Wings” confronts the struggle for control within a romantic relationship – but it’s also quite funny, and Yevae’s lively, fully embodied performance sweetens the heavier overtones of the narrative. The video’s tone is broadly fantastic: we see Yevae and her boyfriend on a whirlwind date, and the sudden, unexpected transitions between scenes reflect the rush of romantic love and the feeling of destabilization that a bad relationship can engender. It takes courage for Yevae’s character to break away from a man who isn’t right for her, but once she takes wing, it’s clear she’s destined for better places. The rapturous “I Run To You” clip accompanies a slightly older song – the single was released in 2020. But its messages of perseverance, suicide prevention, and attentiveness to the psychological state of those we care for are, sadly, always timely.