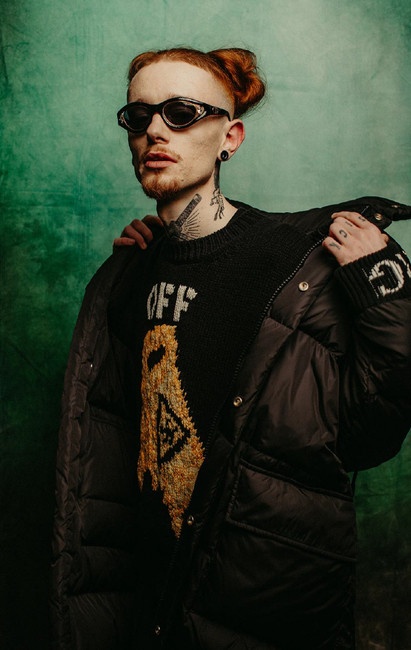 Since his emergence with his debut single “Playing with Fire” earlier this year, Haze has established himself at the centre of the SOFU Collective – a like-minded cohort of talented musicians emerging from Northern England.

Similarly, “Eulogy” emerges as a pensive, cerebral catharsis of the street life Haze has lived in Bradford all his life, conjuring easy comparisons to the marginalised raps of Pa Salieu – however his deeply philosophical takes on the trials and tribulations of the life place him in a thrillingly new space all his own. Hitting hard over a floating, icy instrumental it’s a marker of the precocious artist’s talent levels at this early stage.

Whilst the Bradford artist’s natural ease on the mic belie his gritty lived experiences, Haze’s influences from a young age have always been beyond his estate window – an early appreciation of David Bowie to the outsider Grunge of Nirvana gives Haze a thrillingly varied potential to his music.