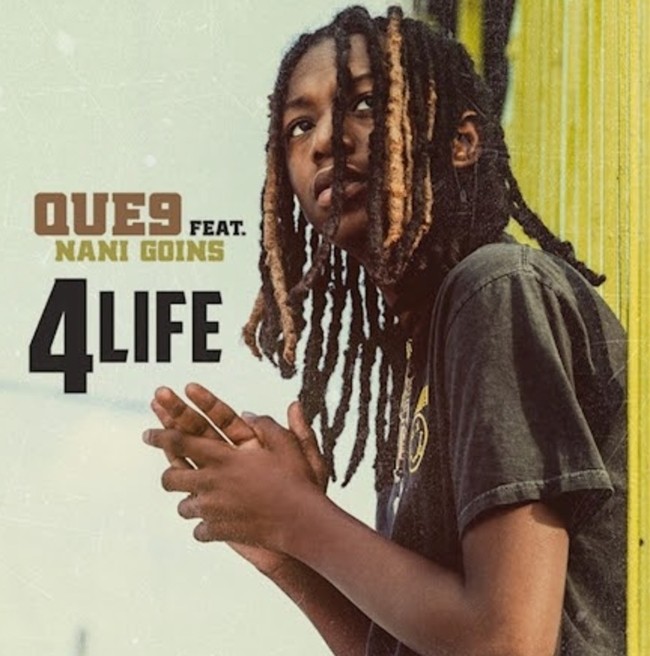 Opening up about something personal can be scary. More often than not, though, the artists who have a knack for being vulnerable and honest in their music tend to be the best kind of storytellers. That’s something up-and-coming rapper Que 9 has been doing ever since 2016. Born Quarrion Philips, the Detroit native has never been afraid to put himself out there and tell the world what he feels. It all started at the young age of four when Que would start playing instruments in his basement, which eventually grew into making and creating ringtones. Since then, Que has been filled with an undying hunger to create the best music possible while still being relatable and honest with his listeners. Influenced by the iconic sounds of Jay Z, that same boldness can be heard throughout Que 9’s work. His latest EP Testimony acted as a bridge between Que 9, the artist and Quarrion, the man. His latest single, “4 Life,” featuring Nani Goins, is just another sneak peek into the impressive world of Que 9.

“4 Life” is an upbeat and catchy track, but the vulnerability starts to seep through once you dive into the words. The song takes the listeners on an emotional ride through a relationship, although it’s masked by the unmistakable danceable beat. The lyrics are written in such a beautiful and poetic way you can’t help but feel Que 9’s vulnerability. Through the words, Que 9 describes the kind of unbreakable relationship that people hope to have someday. Even after all the bumps in the road and the opinions from close friends, the relationship never wavers. Nani Goins’s breathtaking voice and Que 9’s quick, smart rapping make for an indulgent listening experience that we can’t get enough of.

The video for “4 Life” is the perfect visual for this badass song. The clip starts with Nani sitting on a couch and flipping through the channels on TV. Eventually, Que 9 sits down next to her, and he pushes her off whenever she tries to get close to him. We follow the couple through the living room to their kitchen throughout the video, where the occasional bickering never seems to end. In between shots of them in the kitchen, we see the duo outside serenading each other in the middle of the street. Eventually, the temperature between these two comes down, and they’re finally able to enjoy each other’s company.