Members of the LGBTQIA+ community have been forced to hide for far too long, but Indigenous and Queer artist Jayli Wolf refuses to be silent on “Hush”—the sophomore release and precursor to her forthcoming EP Wild Whisper due out June 18th. 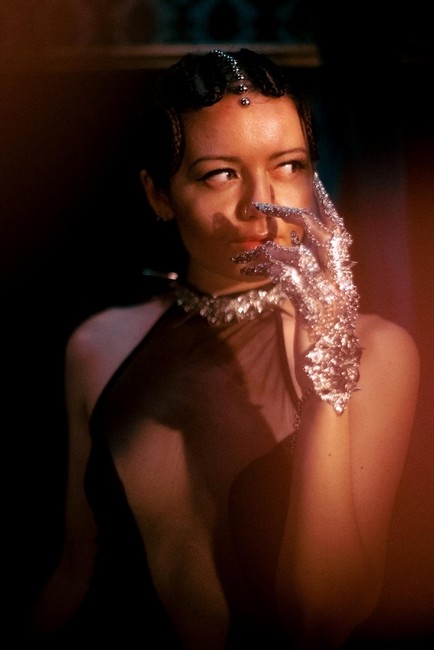 The empowered doomsday cult survivor turned activist, actress, filmmaker, and alt-pop singer-songwriter-producer made an unforgettable entrance with the launch of her award-winning debut “Child of the Government” this year. As we continue to follow Jayli Wolf on her journey towards redemption, “Hush” opens another gateway for post-traumatic growth and enlightenment. With stirring poetic vocals over lush electrified sonics, the three-and-a-half minute song is amplified by an alluring visual in which a liberated Jayli Wolf takes full ownership of her sensuality and unfettered bisexual orientation.

The new single unpacks the multi-hyphenate act’s earliest memories of passion and self-discovery, ultimately plunged by her mother’s family members (devoted Jehovah’s Witnesses). “I felt immense shame around the truth and who I am. My first true love with another girl (a fellow cult member) was filled with guilt and shame. We would pray together for forgiveness over the desires that we had every day. I believed Jehovah would destroy me in Armageddon,” Jayli Wolf explains, “Being free now, my deprogramming has also allowed me to question the societal conditioning around relationships and sexual orientation. I hope this song brings people feelings of power and freedom in their own personal explorations.”