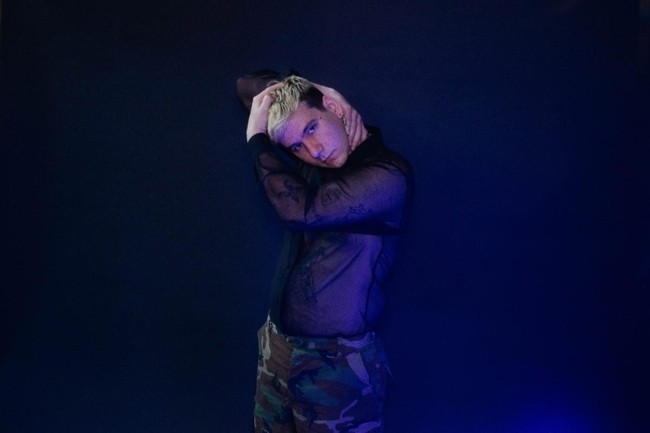 Blue Heron, available July 16th via Sooper Records (NNAMDÏ, Sen Morimoto, KAINA) is self-described “queer country,” and deeply powerful in its songwriting – a series of self-spoken intimate, and remarkably present moments that recalls the likes of Jason Molina, Mount Eerie, Duster, and Julie Doiron. Listen to the previously released single “Go Slowly” that Fader described as “a commitment to intention”.

For Levine, Jodi is tentatively described as an alter-ego, a lens through which they can ask questions, push boundaries, and step outside of their inner world. The album captures Levine’s continued search for meaning; a search where, during the writing and recording process, a couple of chance encounters with a bird —a great blue heron— taught them to embrace the fortuity of creative expression and surrender to its symbolism as a metaphor for understanding their own work and the world. Committing fully to the symbolism, Levine had a large blue heron tattooed on their back and submerged themself in a freezing Chicago pond as a means to forever memorialize the Blue Heron as both the album cover and title. While Blue Heron claws at the strands of meaning and tries to make sense of the world, it’s a work that ultimately only finds closure in the complete surrender to forces greater than oneself. It embraces chance, coincidence, and fate with a sublime curiosity, ultimately finding meaning in the randomness of it all.