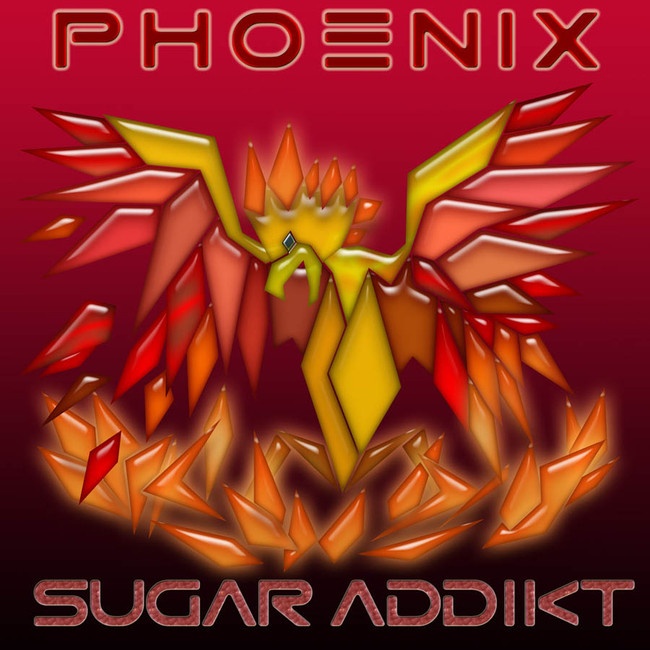 Yes, it’s a little unusual to find an electro duo that is a mother/son collaboration. However, after you get past the unlikely combination of a mom and child making dance music together and hear the actual music they’ve created together, you know it’s legit. Vanessa Littrell (mom) is a strong, expressive vocalist, and Bowman Littrell (son) makes creative electronic soundscapes. Together, they’re dynamite.

Although this EP takes on serious subject matter, you nevertheless have to love mother Littrell’s sense of humor. In the act’s bio she writes about how she’s “been writing songs for a long, long time. Don’t ask her age. You never ask a vocalist how old she is.” In short, the EP Phoenix is about “Redemption, Rebellion, and Rising.” It can apply to multiple situations, and the listener can apply his/her circumstances to the messages contained in these five songs. As the EP explanation puts it, “It could be a relationship, a job, a mental state.” While the duo states how much they love to dance, this project has a positive purpose to it, as well. It begins with one called “Shackles,” which finds our protagonist at his/her lowest point. There are fewer low point descriptors more evocative that the slavery imagery of shackles. This one is partially spoken/partially sung; Its instrumentation sounds a bit like pipe organ in places, which gives it an orchestrated vibe. Next comes “Change It,” which is the release’s call to action. You must be willing to take a chance and change your circumstances. You can’t just accept that being in chains is your destiny. The music bed for this one references to disco sounds. “Safe,” the project’s middle point, is a quieter moment. Although the music is still beat-driven, the sonic is noticeably gentler. Vanessa Littrell’s vocals on “Safe” are especially fine. She sings up in an ethereal high register in places, giving the singing an angelic quality. “New Dawn” is an energetic, upbeat, and hopeful emotional move forward. Its music is heavier, and more bass-heavy than what comes before it. Vanessa Littrell sings, “Leave it all behind.” This is not just a decision to make positive change; it’ also the motion of moving in the right direction. The album closes with “Rise,” which is a little like a victory dance. Vanessa Littrell speak/sings a little of this one, as well. Its chorus states, “Rise and shine.” This is a celebration of, like the Phoenix, rising from the ashes.

Don’t be fooled by the act’s name, Sugar Addikt, which suggests light and fluffy music. Without question, this release takes on some serious subject matter. No matter who you are, no matter where you are in life, there are circumstances to overcome. Life can, at times, be described as a series of challenges. Just when you’ve overcome one challenge, along comes yet another one. Or so it seems. One key to success in life is to remember past successes whenever facing new challenges. If you’ve succeeded before, you can certainly succeed again. Phoenix can be your challenge soundtrack if you want it to be. No matter what may be shackling you down, you can always rise to the occasion and rise above it.