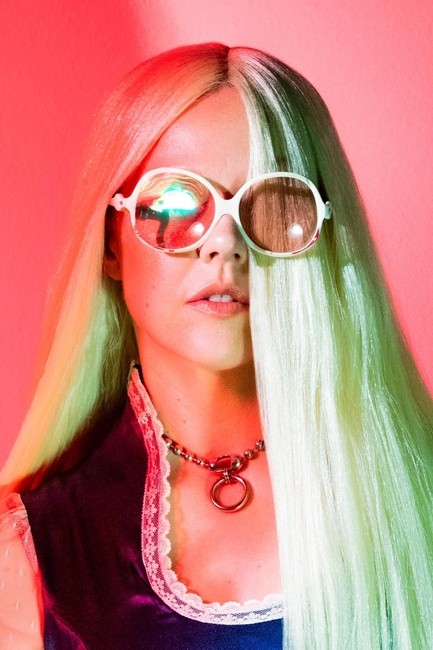 Living in a time where the realms of physical and digital realities have been hyper-blended, pop stars have gained even greater cult followings and cult leaders have taken to pop stars for status. The like-share-subscribe mass mentality caused by social media consumption has led to a severing of natural serotonin receptors and loss of human connection in favor of a quick dopamine hit and digital ego stroke. While the world braces for a new normal under the constraints of cyber existence, will it be pop stars or cult leaders who get the most clicks? Is there a difference anyway for the Cult of Me generation? MNDR has a vision for the future of pop music and its obsession with cult status, all played out in her upcoming album Hell To Be You Baby.

Announced today alongside the release of title track “Hell To Be You Baby”, co-produced by Mark Ronson, Grammy-winning singer, song-writer and producer MNDR’s new album marks her long-awaited return, after almost a decade, with a grandiose take on the obsession with click-bait culture. Adorned in her signature style, the music features soaring vocals and avant-pop production with the punk ethos of using her art to serve a higher purpose. The official video, directed by MNDR and Los Angeles based video producers Glow In The Dirt, features a cameo from fellow Los Angeles pop-culture provocateur Lawrence Rothman and explores MNDR’s fascination and exhaustion from the self-worshipping Cult of Me. Who is the leader, who follows and how does it all end? Put simply, MNDR thinks” the best MNDR there ever has been is the iconic Lawrence Rothman”