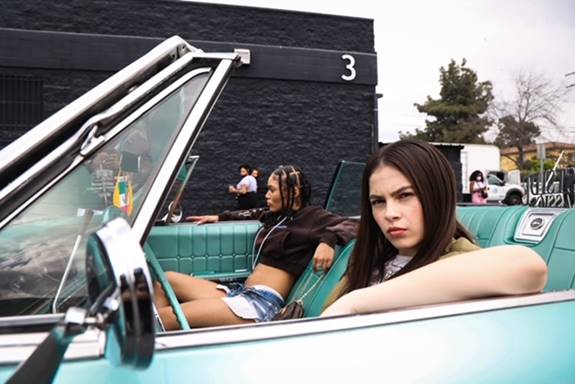 Coi Leray is currently starring in a new campaign for the SKIMS “Cozy Collection” by Kim Kardashian West. For the campaign, Coi Leray modeled the new collection and linked up with singer Destiny Rogers for a special SKIMS TikTok to Destiny’s song, “Tomboy” featuring Coi. It was reposted on Instagram stories and praised by Kim Kardashian West.

Following Lisa’s post, Destiny’s single “Tomboy” peaked at #12 on the Spotify Viral 50 Global chart and is currently top 20 on the chart.

“Tomboy” is Destiny’s signature single boasting over 44 million audio streams. Nylon raved upon its release: “Talk about a killer debut” and Ones To Watch called the single “a striking grand entrance into the music world.”

Destiny Rogers is currently in the studio working on new material. Recent collaborations include co-writing G-Eazy and Kiana Lede’s “A Little More” and she is featured on Phora’s track “the art of letting go.”