New single and visuals for “QVC” from rising Alt-Pop singer/songwriter Skofee. The song and colorful vintage inspired visuals were conceived after Skofee was flipping through cable channels and landed on an infomercial channel, where she was amused by the impulsiveness and drama behind what she saw. 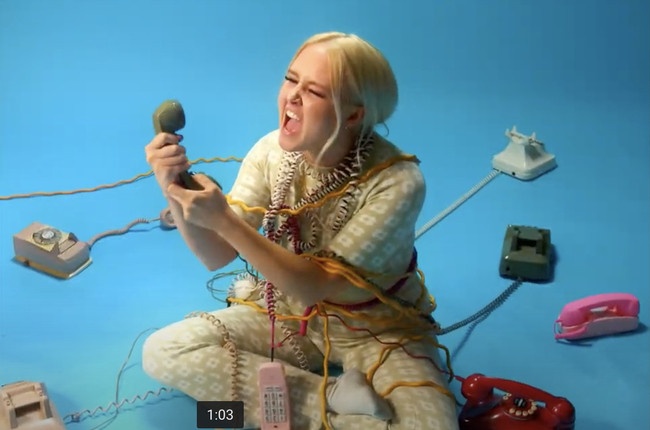 “QVC” features quirky indie pop soundscapes under Skofee’s magnetic signature vocals. Skofee (pronounced “Skoh-fee”) has received acclaim from Ones to Watch, Ladygunn, Earmilk among many others.

Raised in Kansas around her parents’ love of bluegrass and folk, Skofee melds the candid lyrics and cultured harmonies of those time-honored genres to utterly here-and-now alt-pop. Her immediately recognizable, finely-grained timbre – a voice at once you-and-me intimate and headily escapist – magnetizes effervescent material and sometimes uncomfortably frank messages. “I’m attracted to songs that admit fault and work through emotions in real time rather than presenting the conclusion wrapped up with a bow,” mulled Skofee (pronounced “Skoh-fee”). “It’s more interesting to be in the point of tension as a listener; the in-between.” Skofee attended high school in Colorado, where she performed in choirs and musical theater. After graduating from the University of Southern California, she decided to remain in Los Angeles, immersed in an ultra-creative household of musical peers (including Polished co-producer Jamison Baken).