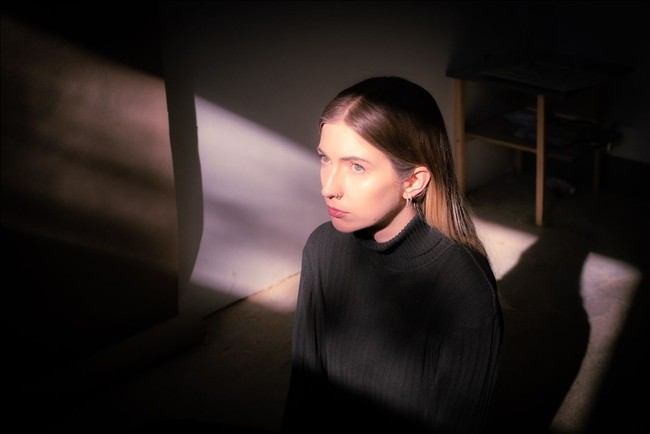 In late 2018, Ellis released her debut EP, The Fuzz, a shot in the dark from the Hamilton, Ontario based project led by Linnea Siggelkow, that from the release of her very first single began attracting international attention, and earned her comparisons to Mazzy Star, Alvvays and Slowdive from outlets like Pitchfork, VICE and Stereogum, who marked her out as one of “a new generation of exciting songwriters.” A year of international touring with artists like Mannequin Pussy and SASAMI followed leading into the release of her debut LP Born Again on April 3rd of 2020, expanding her already growing cult with an album The FADER called an expression “of immense emotional vulnerability,” and Line of Best Fit described as “a fantastically delivered meld of indie, folk and emo.”

Today, Ellis is making her return to announce a new EP entitled nothing is sacred anymore, and share her first single since her debut album, a track entitled “Hospital.”

Like for everyone else in the world, 2020 was a challenging year for Siggelkow. With so many things out of her control, and a year of touring in support of her debut suddenly off the table, she found solace in song-writing. “I have a lot of difficulty feeling grounded at the best of times, and it had been feeling like the floor was falling out from under me. Making these songs was something I felt like I could have control over – they gave me somewhere to stand.” Taking cues from her debut EP, which was self-released and self-produced, this new EP sees her take complete creative control, including taking on a co-producer role again as well as releasing independently. “I was very intentional throughout my process in a way I hadn’t been able to be before, especially in choosing who to work with, and this unlocked some of the most special collaborative experiences I’ve ever been a part of.” This included working with Charlie Spencer (from the two-time JUNO nominated project Dizzy) as a co-producer and mixer and bringing on Chastity frontman and Siggelkow’s partner Brandon Williams as a featured artist on the track “Hell.”