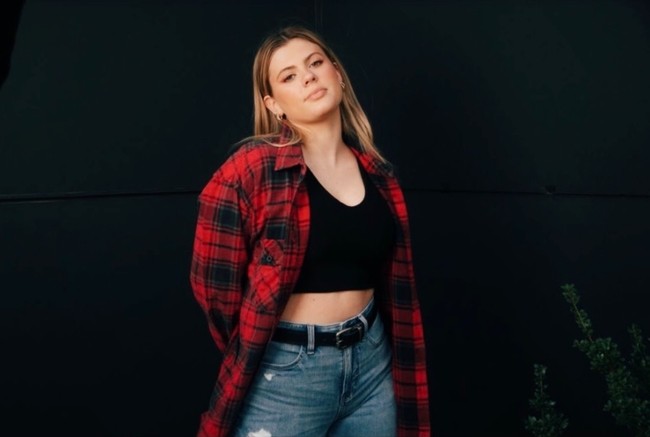 Like most teens, up-and-coming pop artist Keelie Walker is still figuring herself out; she’s navigating who she is while dealing with the increasing pressures of growing up. Looking back, many people would agree that their young teenage years were filled with awkwardness and self-consciousness. When Keelie was 14, she was opening up for Jason Derulo, West Life, and Little Mix on LM5: The Tour! – but don’t let that fool you; she relates to all the trials and tribulations that any teenager goes through. She’s been training for her music career nearly her entire life; she began dancing at six years old and shot her first music video at just 11. The Nashville local focuses on sunny pop marinated with a splash of R&B; she takes after icons like Beyoncé, Doja Cat, and Kehlani. Music is her outlet, and lyrics are her vehicle for expression; everything she pens comes from her heart and direct experiences. No matter what someone might be facing in life, Keelie Walker hopes to reach out through the positive and real message her music sends.

The now 17-year-old has been featured by BBC’s playlist show, Heat Magazine, and Shout Magazine. She’s also received tons of radio love from BBC, Kiss Fm, and Bauer. Notably, she garnered over 1 million streams on Spotify. Keelie was also among the youngest to perform at Wembley Arena – a monumental note to add to her early career wins. She isn’t slowing down anytime soon.

Following up her “Girls Night” video comes another track from The Girls Night EP, “Runaway.” As always, Keelie is here being 100% herself, uplifting her friends and everyone around her. But “Runaway” takes a more serious turn, reminding the listener that no matter how hard it gets, you don’t have to run away – you are loved, and things will get better. The “Runaway” music video begins with Keelie on her way to school, breakfast in hand. But the treats aren’t for her – they’re for a beloved neighbor. Bullying, an unexpected pregnancy, a difficult home life, mental health struggles – her peers are facing it all. Keelie, whether glammed up or in her comfy hoodie, is here to remind them that they can get through this – and no matter how tough today is, there’s always a brighter tomorrow.