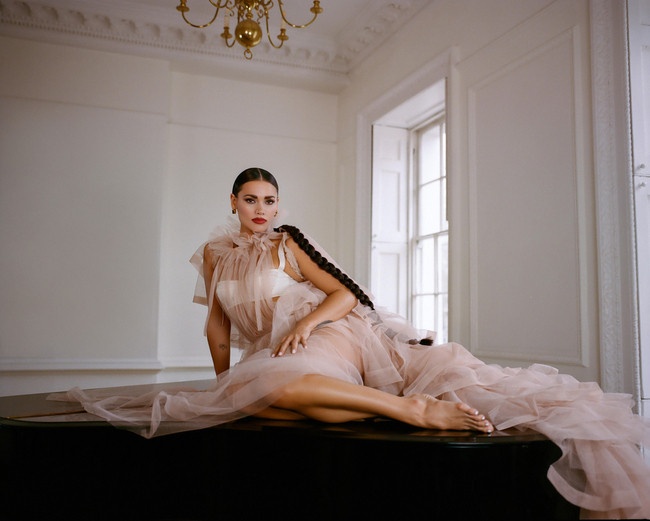 Breakout R&B star Sinéad Harnett shares a new track today, “Hard 4 Me 2 Love You” alongside a video—listen here and watch here. The song is from her forthcoming sophomore album, Ready Is Always Too Late, out May 21 via Sony Music.

“This was one of those songs I wasn’t ready to finish for quite some time,” Harnett says. “I’d had an argument with someone in my family and the chorus just came out. But it was too painful to finish until years later when I played the chorus to M-Phazes. I think what I learned from the process was that love evolves and changes, but when it’s unconditional you just keep going until it feels good again.”

Featuring previously released collaborations with EARTHGANG and Masego and VanJess, as well as the more recent single “Last Love,” Harnett’s highly anticipated second studio album Ready Is Always Too Late celebrates her journey to embodying the best version of herself. Empowering songs with messages around individualism and unity exist alongside vulnerable snapshots of Harnett’s less confident past self, painting a picture of evolving self-worth that requires time and care to cultivate, all the highs and lows included. “Ready has often been an excuse, and one I didn’t want to use anymore,” Harnett says. “I wasn’t ready to be proud of the skin I was in, to find my inner confidence or to truly practice self-love. But I’m doing it now and it’s an ongoing, crazy and unpredictable journey that I’m grateful for.” Harnett’s hope is that her listeners will accompany her on this journey so they can begin to figure out where they are on their own.