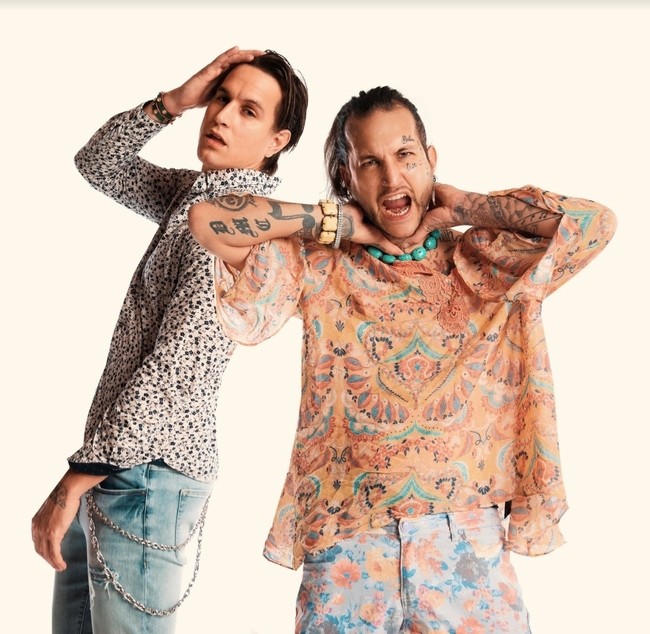 It’s one of the most distinctive sonic signatures in popular music: the irrepressible, excitable, otherworldly, laser-precise quality of Young Thug’s vocals. It’s been the motor of a long sequence of acclaimed albums and mixtapes released under his own name, and it’s been the secret ingredient in smash hits by Camila Cabello, Calvin Harris, Post Malone, and other crossover pop stars. When Thugger gives a track his blessing, that’s as close to a guarantee of quality as you can get in modern pop and rap. Here, he’s adding his Grammy-winning voice and his unique perspective to “Drunk Mess,” the mesmerizing single by pop-rap duo Kooly Bros. Young Thug has been vocal about his support for his fellow Georgians, saying of Kooly Bros that “it’s their time.”

That it is. Their songs are undoubtedly fun, but on close inspection, it becomes apparent that singer G Fresh and rapper Sanders have put in the work. Their recordings as Kooly Bros represent the fruition of all the ideas they’ve had while working on other projects – and that includes G Fresh’s production for Meek Mill, 2 Chainz, Future, and many other prominent hip-hop artists; his latest production is Lil Durk’s recent track “Not the Same” from the album The Voice. “Drunk Mess” is a delirious track, but it’s an awfully tight one, too, and the balance between Sanders’s rapid-fire rhymes and G Fresh’s sweet, intoxicating melody could not have been calibrated any better. Nard & B, who’ve also worked with Migos and T Shirt, provide the brothers with the ideal bleary-eyed musical backdrop for their late-night storytelling – this is a beat as cinematic and immersive as it is danceable, and it couldn’t have come from anywhere but modern Atlanta.

The clip for “Drunk Mess” is pure Atlanta magic, too. G Fresh and Sanders are so thoroughly at home on the Buckhead streets that they’ve adopted as their own that you’d never guess that they were born in Switzerland. Accompanied by a trio of young women, the pair make mischief in a convenience store and ride through the urban canyons on a hot night. Their inebriation is apparent – but they’re an unstoppable force anyway. Meanwhile, Young Thug is absolutely sober: he’s keeping cool in the studio, cutting his vocals with the élan of a true professional. When they come together – as they do at the end of the clip – that’s when the party really starts.