Ask a good photographer, and she’ll tell you: very often, high-resolution black and white images reveal more emotion than full-color shots do. Daniela Federici is a master of the black and white portrait, and pop singer Kelsey Coleman is an ideal subject. Together, they’ve made a video that’s compelling from its very first frame – Coleman inhabiting every line and every syllable of “Break Mine,” her latest single, and Federici catching every nuance of the performance. So spectacularly watchable is the clip that you might not even notice it’s nothing but Coleman’s endlessly expressive face on a black background. 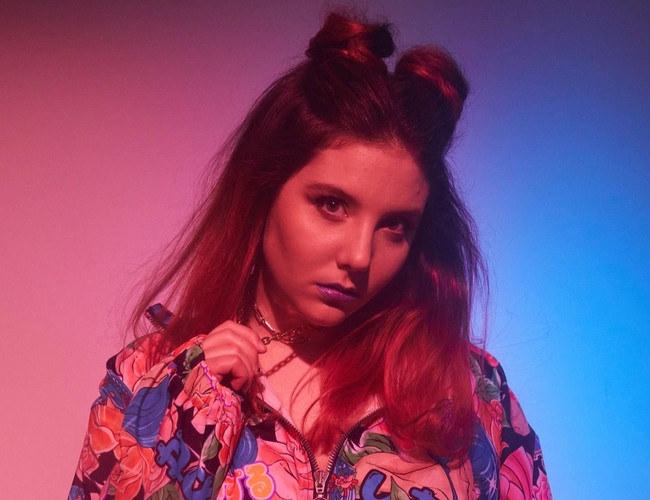 In its intensity and eloquent simplicity, the video is a perfect match for the song. Before Federici’s searching camera, there’s no place to hide, and that’s exactly how Coleman wants it. “Break Mine” is moody, confessional, heartfelt pop – a track made indelible by Kelsey Coleman’s searing vocals. The young singer, songwriter, and accomplished pianist has always prioritized candor: her songs are unflinchingly honest and commendably aware. On prior projects, she’s raised consciousness about mental health issues, swung back at bullies, and stood up for herself in a world that challenges the autonomy of young women. In a short time, she’s earned herself a reputation as one of the most outspoken pop singers in New Jersey and a proud carrier of the Garden State tradition of uncompromising vocalists.

For “Break Mine,” she’s joined forces with an accomplished collaborator: songwriter Rob Grimaldi, whose compositions connect with pop audiences all over the world. Most recently, Grimaldi has written hits for BLACKPINK, the wildly popular KPop act, and he’s also penned songs for their fellow Korean pop artists MonstaX and Kai. But he’s also worked with many contemporary Nashville hitmakers like Noah Cyrus and Tim McGraw. Grimaldi’s production for Kelsey Coleman demonstrates, once again, that his knack for melody transcends all genres and cultural boundaries – when the hooks are this good, people are going to listen.