It’s not often you come across a group that feels both nostalgic and new. Well, The Pink Dust is proving to do just that. The dynamic duo is made up of Roy Mitchell-Cardenas and Cliff Littlefield, yet it’s hard to believe from listening there are just two instrumentalists involved. The Pink Dust effortlessly fuse a wide variety of sounds, styles and synths to sculpt their unique sound. Their upcoming release ‘Dark Seas’ comes after their previous album ‘Ming’ — an album running riot with thick guitar gestures and driving drum breaks. Carving a space just for them in the alt-rock realms, The Pink Dust expands on a canon of experimental artists blurring boundaries and breaking down barriers. And, boy, do they do it with style. 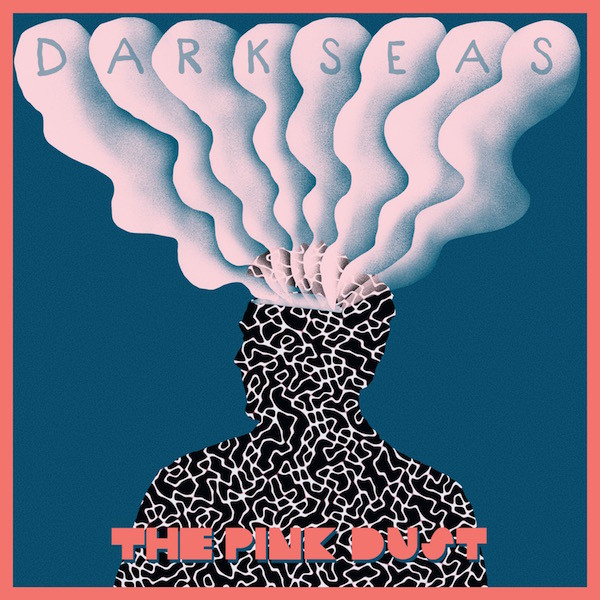 If there’s one album you want colouring your daily soundtracks this summer, it’s got to be ‘Dark Seas’. Each of the eleven tracks is oozing the flair of two producers paving the way for fresh sonic landscapes to be sculpted. The first track ‘What’s This Love’ opens the album with an astounding atmosphere. Spacious synths swim amongst the mix, laying the foundations for Cliff’s vocals to build throughout the track. If there’s one thing this album should be known for, it’s the utter ear candy sprinkled over the beefy soundscapes. ‘In The Blood’ is another standout, this track employs Roy’s sensational guitar skills, with each gesture building a bed of subtle string inflexions. ‘Wide Awake’ showcases the impeccable attention to percussive detail that inaugurates The Pink Dust as such an exciting act making waves this year. Seriously, these guys can sculpt a pretty sick beat. With ‘Dark Seas’ upcoming release on the 30th of April, The Pink Dust are climbing high with their most fully realised album to date. So, whilst we ease into warmer weather from the dark seas of the previous year, The Pink Dust will be scoring our summer soundtrack.

‘Dark Seas’ will be available from 30th April ON SPOTIFY