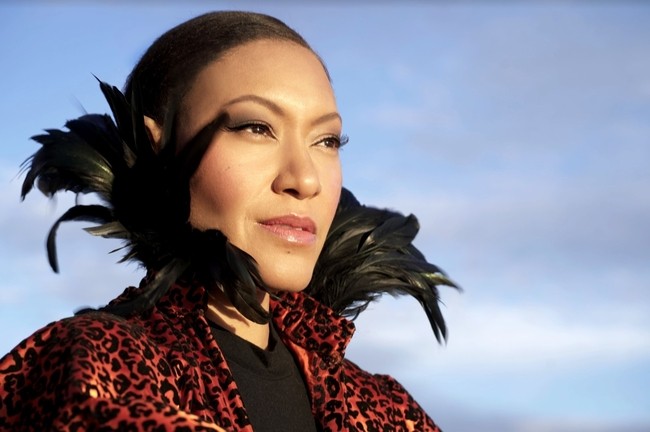 Sojourner Truth was born centuries ago, but few individuals in American history were closer to the spirit of rock, soul, and hip-hop than she was. She was a former slave who became a passionate speaker on behalf of equality and humanity, and she remains an inspiration to everyone dedicated to unfettered self-expression. In the video for “Ain’t I A Woman,” her inspirational new single, Cheri Moon appears as the abolitionist; wearing a period costume that feels surprisingly modern, she delivers Sojourner Truth’s most famous speech. In stinging, righteous language, she insists on her prerogatives and her rights and reminds us that there’s nothing a man can do that a woman can’t match.

It’s the ideal way to open a clip released to coincide with International Women’s Day and a fitting soundtrack for Women’s History Month. Cheri Moon sustains that defiant, celebratory tone straight through the video, dressing as a doctor, businesswoman, a young mother, astronaut and in a variety of other guises. The message is plain, and it’s one that Sojourner Truth would have understood: nothing is beyond the capacities of a strong and dedicated woman.

The lyrics, too, are a call to action. “Ain’t I A Woman” is an anthem: a statement of pride, a celebration of femininity, and a declaration of independence. Cheri Moon has matched her verses to music that’s simultaneously funky and rocking, sensitive and triumphant, fiery and immediately ingratiating. And as powerful as Cheri Moon’s vocal performance is, she always makes sure that the meaning of her words, and the messages they carry, aren’t obscured. The result is the particular hybrid of rock, soul, hip-hop, and cutting-edge club sounds that Cheri Moon is known for – this is dance music you can think about, and contemporary pop played with the dedication and spiritual intensity of gospel.

It’s a continuation of the recent consciousness-raising work she’s done. As SNOOKNUK, her children’s music project, she recently released “Black Women in History,” a song that combines advocacy with sweet melody. Her club-ready material is no less committed: in her career as a writer and performer, she’s worked with electronic music visionaries like Róisín Murphy, pure pop alchemists like Kevin Rudolf, and traditionalists like Danny O’Donoghue of The Script. For the “Ain’t I A Woman” clip, she’s joined forces with the award-winning Sophie Dia Pegrum, whose vision is similarly broad – her rapturous travelogues of Central Asian nations have established her as a filmmaker exquisitely sensitive to the nuances of place. She brings Cheri Moon to the desert, where every gesture the singer makes is highlighted, and every idea blooms.