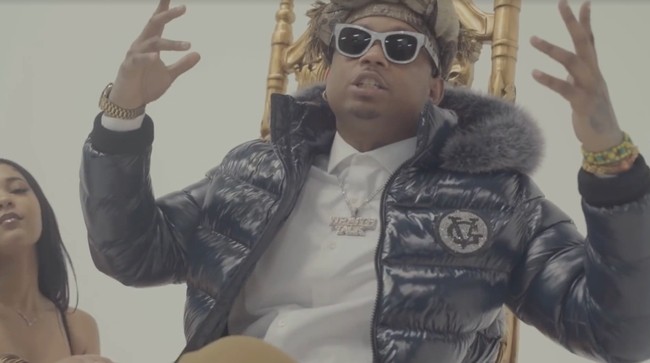 “Real Music comes from the soul, and it comes from the South.” So says Snypa, a man who can’t seem to drop a single that doesn’t hit. That southern hip-hop sound and mentality runs in his blood, just as much as his shared roots with first cousin Al Green. Snypa’s been making his own way since day one, with a knack for knowing which way the wind is blowing. He packed up his label Wraith Talk and moved across the country to Atlanta just four years ago and has since left a trail of banger singles in his wake. He’s got 100K+ Insta followers, 28K+ streams a month on Spotify, exploding audiences on Apple Music and Tidal, and serious plays on BET. He channels and remolds his influences Future, Drake, Lil Wayne, and JAY Z on his latest single, “No Kizzy,” alongside Lil Duke. Signed to Young Thug’s YSL imprint, Lil Duke is an in-demand guest MC who more than delivers during his hot minute on the mic here.

Snypa once again reminds us how he’s gotten where he is on the national stage. With that hunger just beneath the surface, his low-key confidence is on full display in every bar of his latest. He throws it to Lil Duke on the second verse, and his fellow shot-caller from the Hip Hop Capital of the South drops a no-nonsense, cover-the-kids-ears flow. These two have earned the right to give zero f**ks and no kizzies either. The track was produced by WRAITHTALK Entertainment’s own 31, who’s not even 20 but whose beats are already carving a path for others to follow. Subtle, super deep, nothing to prove; he knows how to elevate the lyricists while laying down a masterfully simple and sinister groove.

The kings hold court in the clip for “No Kizzy.” A gold throne, complete with lions’ heads at the armrests, is the centerpiece of Snypa and Lil Duke’s performance. And what a court it is. A harem of dancers hang and sway on the throne, no shame in their game, running their own show while the fellas spit. 31 makes an appearance, sending a message to Atlanta and beyond that this is a trifecta not to be stepped to. Spare and stark, as brilliantly straightforward as his lyrics, the untouched white background keeps all eyes on the major players at work on the screen, leaving us hanging off every word. “No Kizzy” is a track that sounds new whenever you come back to it; it’s a blank canvas offering something a little different every time – no window dressing, just an MC who puts in work while everyone else kids around.