Slinky and slightly ominous in style, the menacing guitar part in Jeremy Rice’s “Underneath the Ground” is definitely the song’s biggest mood-setter, and you needn’t listen to the track more than once to understand what I mean. Rice is a very moody singer/songwriter, and I think this latest release might be the most forward of any piece he’s stamped his name on thus far in that it makes no mistake indicating exactly what his artistic priorities are. Inside of the first thirty seconds here, we’re feeling a chill from the ensuing harmony – and once the lead vocal is in the big picture, it’s as though that chill has grown tenfold. 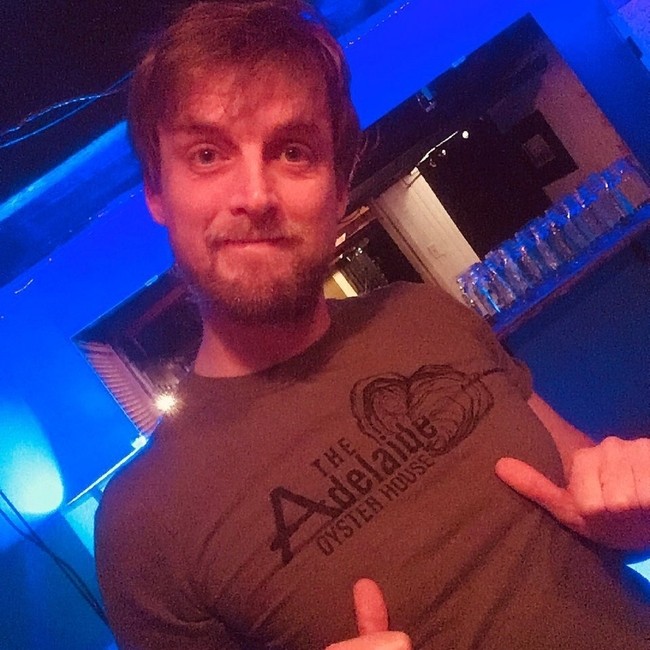 The music video for “Underneath the Ground,” whether intentionally or not, has a disturbingly surreal quality that I’ve noticed trending elsewhere in indie rock over the past couple of years (but scarcely witnessed in such a creepy manner as it’s presented here). Rice doesn’t conceal his devilishness in this visual component of the release by any means; on the contrary, I think he basks in the danger element of the music all the more by embracing this sort of rebelliousness in his most recent on-screen work.

Rice’s vocal harmonies get to be a little grating in the chorus, primarily because of how overstated they become in the master mix. It’s like producers can’t make up their minds whether or not we’re to be focusing on the vocal dynamic or the fabric of the instrumentation guiding it from the backdrop, and in the end, there’s not enough of either to really appreciate what could have transpired here. That’s one misstep that could potentially be undone in a proper live version of “Underneath the Ground,” which we’ll hopefully have the chance to see and hear a lot sooner than later.

The linguistics shift from one language to the next – and from melodic singing to soft rapping – is really a bit jarring when you first encounter it, but I think that was precisely the point Rice was going for. There’s something to be said about using texture, tone and even odd tempos to create an atmosphere in your music, particularly when taking into account how archaic a lot of mainstream pop musicians find the very notion to be, and that’s part of why I think Jeremy Rice has been able to develop the following he has despite having so much competition on either side of the Canadian-American border.

“Underneath the Ground” is definitely an unconventional tune, and if there were any debate as to whether or not Jeremy Rice were becoming unoriginal in his dispatches, I think one look at the video for this single is doing to dash any such commentary from top to bottom. Rice has a unique style that has had a bit of time to simmer and develop in all the right ways, and if provided a bit more room and resources to collaborate with better influences than he’s presently working with, I believe he’ll find his feet in the mainstream eventually.