Brad Byrd is the enticing artist piloting out playlists this Spring with the recent release of his fresh single ‘State Line’. The L.A based artist skilfully weaves a sea of sonic influences as he sculpts a self-professed soulful cinematic sound. His recent single ‘State Line’ is a stellar example of this summery soulful soundscape. Brad Byrd is no rookie to the music scene, having penned hits for a host of films and renowned television shows. Notably “All Aboard The Crazy Train,” in which his track stood proudly alongside Beck, U2 and Ben Harper. He’s even been the soundtrack for Fox’s ‘New Girl’ — isn’t he awesome? Brad Byrd’s repertoire is overflowing with refreshingly atmospheric hits and I, for one, have fallen head over heels for it. With such a wide variety of singles, albums and songs behind him Brad Byrd is elevating his airwaves with the recent release of the newly nostalgic ‘State Line’. 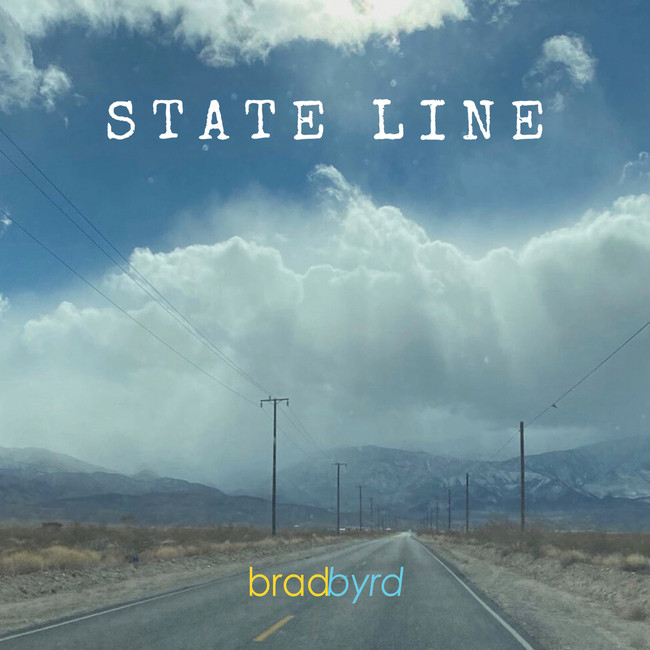 Coming off the back of Brad Byrd’s latest EP ‘The Valley Sessions,’ ‘State Line’ is a softly striking single soothing us into the Spring. Rooted in an acoustic atmosphere, a graceful guitar lays a flowerbed of gentle chords as the gradual growth of ‘State Lines’ blossoms throughout this eight-minute-long journey. Spacious synths and strings whisper nostalgic notions as Brad Byrd’s hypnotic hooks sail throughout the mix. Standing centre stage of this sonic landscape is the hauntingly heartfelt vocal performance of Brad himself. Veering away from the more alt-rock, indie realms, Brad Byrd allows honesty, vulnerability and a truly astounding sense of intimacy to reign. A consuming crescendo elevates this track to new heights as Brad Byrd transitions from the ballad-based beginning to the full band passage. Stunning solo guitars sail over the luscious layers of driving drums, subtle synths and spacious strums. The transition alone is second to none, showcasing the depths that good music can help you dive into. Brad Byrd takes you on a journey through the astounding artistry that inaugurates him as a staple in the alt-indie scene. So, right now, whilst crossing state lines might seem a long way off, let Brad Byrd take on you on a ride into his sonic universe instead.