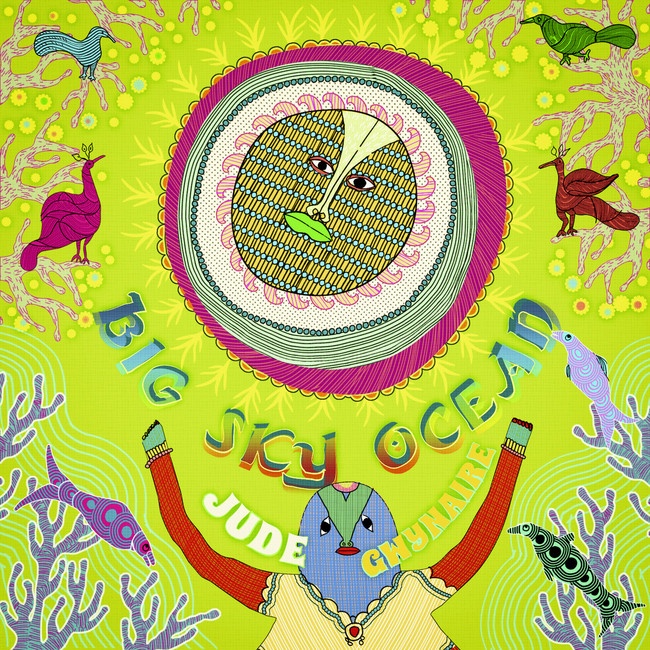 The track’s title conjures up images of flying through the endless blue sky over the seemingly endless ocean. The track’s melody is minimal. It’s almost as though the rhythm and melody are duking it out, with the rhythm clearly establishing sonic dominance.

While synth-pop was/is heavily indebted to Kraftwerk’s pioneering efforts, Gwynaire’s piece owes more, in some respects, to the more ambient sounds of Brian Eno’s music. It doesn’t sound like an instrumental without words and singing, but more of a sound piece that stands all on its own.

The ocean and the sky are two of nature’s most fascinatingly illusive elements. While only clouds can hide activity from the naked eye up in the sky, below the surface of the ocean there is a whole crazily unbelievable world, mostly invisible to the human view. Many of the creatures in the ocean’s depths look more like space aliens to humans.

Both environments referenced in this track are home to creatures that travel quite differently from humans. Up in the air, birds fly. Not with hang gliders, parachutes or jet planes, but ever so naturally with wings. Certainly, there must have been a large degree of jealousy among humans that drove them so doggedly to invent and create the flying machines that provide our air travel today. Of course, humans will never experience the thrill of truly flying like a bird. It is a freedom only granted to the various birds of the air.

Then there is the sea, where fish swim. Now, at least humans can imitate swimming like fish. However, while humans usually swim above the surface, they are limited in how long they can swim underwater. Fish, of course, can swim as long and as far as they like underwater. The ocean – unless one fishes, or captains a cruise ship – is not man’s permanent home. Most of the time, it’s only someplace we visit, and then return to our permanent residence, the land.

With its anthemic sound, “Big Sky Ocean” musically imagines these mystical bird and animal residences. They are fascinating to us. Who hasn’t watched undersea documentaries, and wished, for just a day, he/she could be a fish that lived and explored the undersea world without limitations? It’s also been said ‘the sky’s the limit’. Unless you’re in a rocket ship of some kind, the sky is – indeed – the limit. Yes, you can fly through the sky in a jet plane, but you’d need to be an astronaut to explore beyond the blue. NASA has shown us that the sky is not nearly the limit it once was, as humans have landed on the moon. Hopefully, in our lifetime, we will also explore further by walking on the surface of mars. Man just hates it when anyone puts limits on where he can go.

With “Big Sky Ocean,” the listener can create his/her own mental movie. Whether that be through the sky, down in the ocean, or both. Whatever the case, this listening experience is a trip.