Looking for good old video clips to lift the spirits while sitting at home? Hey, we’ve got you covered! Check Top-10 clips shot in one of the most entertaining cities of the world – Las Vegas. Don’t pass by a great chance to see the magic lights and unique atmosphere of the town. 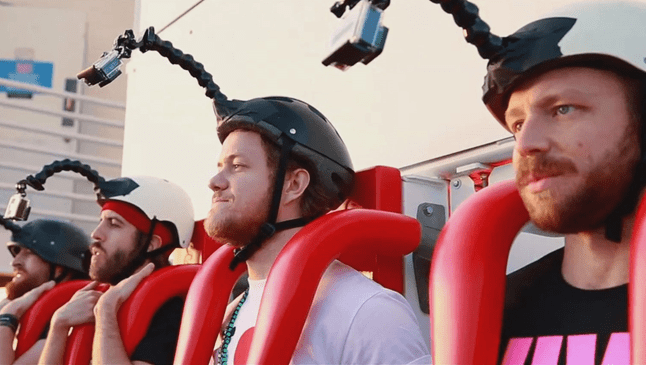 Some people rightly believe that Las Vegas is one of the first associations that comes to mind when thinking about entertainment at full speed.

Since the days when musicians began filming video clips, Las Vegas immediately opened its doors to an audience of millions. The choice of the popularity of this location is obvious!

First of all, Las-Vegas shows terrific luxury. Secondly, many of us imagine that famous rock stars should live a carefree life and have fun all day long, right in a place like this one.

Also, don’t forget about the unique lighting this city has. Evening lights can easily create a stunning backdrop that will quickly turn the head of any visitor.

Do you need any more reasons why Vegas has become a cult destination for hundreds of world-renowned music artists?

If you look closely at several popular video clips, you will notice that they use the same techniques:

Now that when you watch videos shot in Vegas, you will quickly notice that a successful video’s magic formula definitely consists of the components mentioned above.

However, some clips stand out from the ruck thanks to vintage videography, aesthetics, unique storyline, etc.

Here are 10 clips that have turned the heads of millions and continue to occupy the leading positions among the most successful videos filmed in Las Vegas. 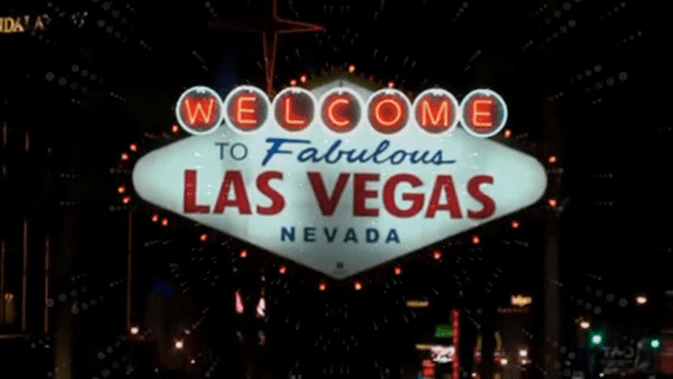 Some of you may argue that this video does nothing in our hit parade. Technically speaking, the music video was not released as the official one for the highly acclaimed song.

However, the footage was posted on Disco’s YouTube channel as an alternate version. Therefore, let’s consider that this video work deserves our attention, as well as the tenth line in the charts of top video clips right from Vegas.

One of the main elements that distinguish this video from the rest of the clips is vintage shooting technology. Frames appear grainy and even slightly pixelated. However, it doesn’t spoil the picture anyway. On the contrary, the clip looks charming and immerses the viewer in old-school Las Vegas, often shown in popular films.

This is another example of a stunning video clip that hit wide screens in the late eighties. The main feature of the clip is the camera work – it constantly turns from side to side.

One gets the impression that the camera is the operator’s eyes. He constantly turns his head under the impression of bright neon signs and crowds of people wandering the city’s streets at night. Perhaps this video work’s main value is the fleeting footage from such iconic gaming establishments as Stardust and Rivera.

8th place with a classic of the genre: Marc Almond & Gene Pitney – Something’s Gotten Hold of My Heart

This is another work straight from the eighties that is filled with gorgeous vintage footage. Excellent camera work allows us to appreciate the luxurious streets of Las Vegas and imagine what the city looks like in the evening. According to the plot, one of the main characters slowly strolls along the lonely streets and enjoys the stunning atmosphere of Vegas. 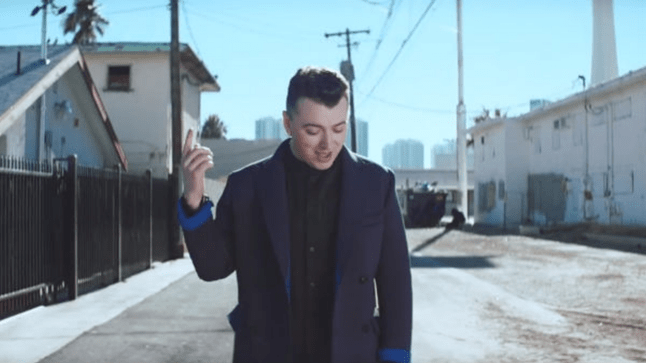 Many of you may say that this clip is simply overflowing with typical Las Vegas clichés. However, the main highlight of this video of work is that the operator filmed Vegas in the daytime.

The viewer has the opportunity to look at the city from the other side. The magnificent soundtrack and the hero who is constantly in motion are perfectly combined with the surrounding world. The video work’s main point was to show the city from unusual angles and not demonstrate the usual sights that bored viewers to tears.

From the first seconds of watching the clip, it becomes evident that the cameraman filmed the modern era of Las Vegas. Only a few elements are reminiscent of the classic Vegas, which had a unique vintage look.

According to the plot of the video, four guys come to have fun in Vegas. The director decided to bypass the classic video sequence with champagne and models. Instead, the protagonist wears a bow tie tuxedo to emphasize the traditional spirit of Sin City.

The iconic video appeared in 2011. It starts with Afrojack and Steve Aoki waking up in the back seat of a limo trying to recall how their day was yesterday.

It seems that the guys got off to a good start at several parties and managed to visit dozens of different locations in Las Vegas. Fancy that! Even Chuck Liddell was caught on camera. Meanwhile, the number of views on YouTube has already exceeded 76 million times. 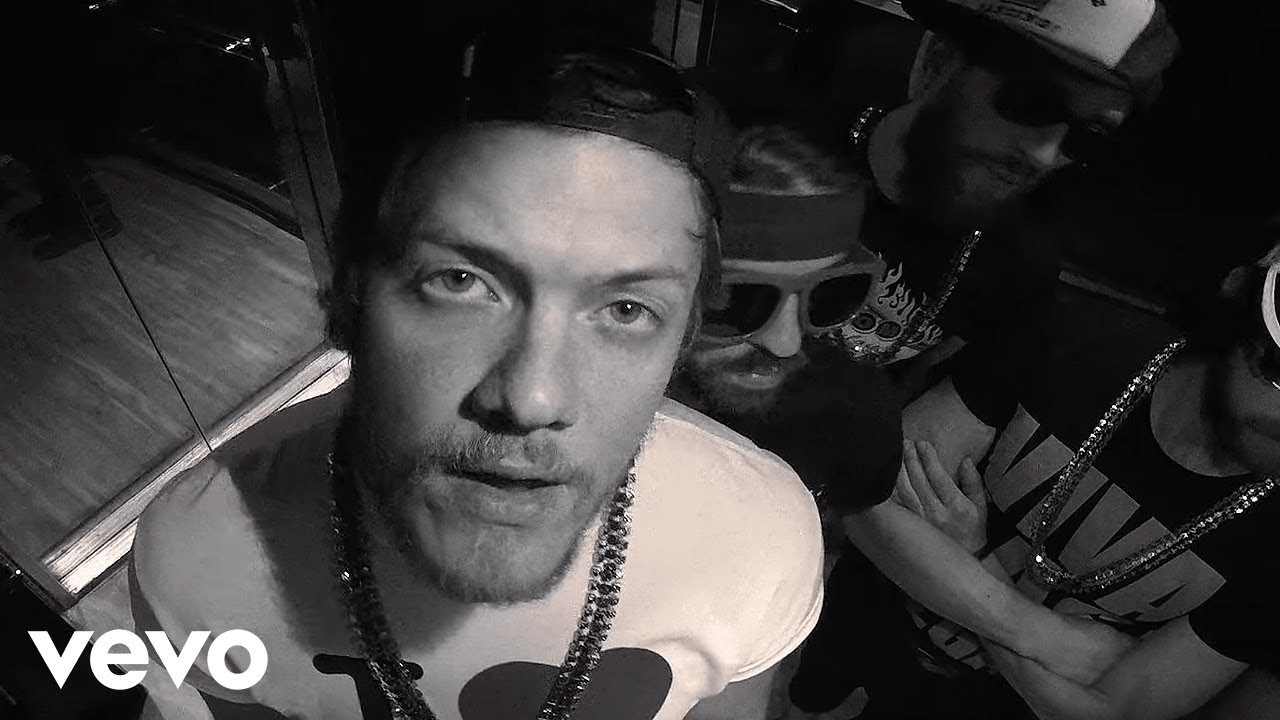 This is possibly the funniest video ever filmed in Las Vegas that comes to mind right now. Incredible video work from Imagine Dragons deserves only the highest marks.

Viewers are witnessing an atypical video of the series. It looks like the four guys decided to break away, test all the most mind-blowing rides in town and capture their feelings on GoPro’s. How else should rock stars have fun?

Speaking of entertainment, you can hardly find a funnier video than this. Two guys compete with each other in some fun competition. Each of them demonstrates fantastic accuracy, throwing various objects in the most incredible places. Check it – it is well worth it!

2nd place: The Killers – Shot At The Night

Some believe that the music video has a better storyline than most Netflix originals. This video is nothing more than a great combination of a stunning storyline and love affair.

The guy and the girl are having a good time in various locations in Las Vegas, and it seems that they have no plans to stop. However, the night is moving towards the end. The girl has to return to work so as not to miss her shift after a romantic night.

Smash-Success: U2 – Still Haven’t Found What I’m Looking For 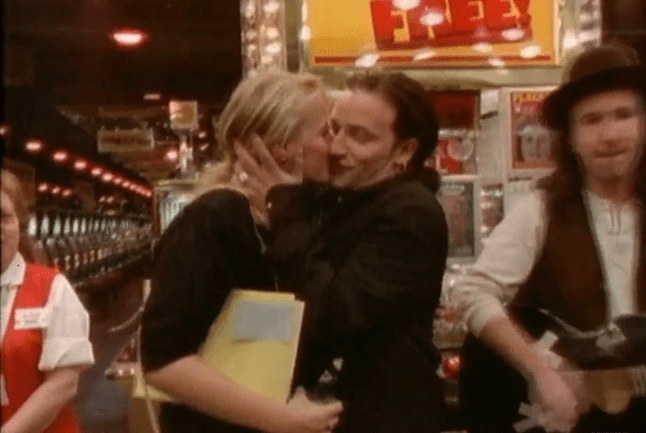 The clip boasts stunning video footage and a unique Vegas evening atmosphere. U2 band strolls through the bright streets of Sin City, chatting with random passers-by and enjoying the captivating atmosphere of neon lights.

Article brought to you by CasinoHEX UK