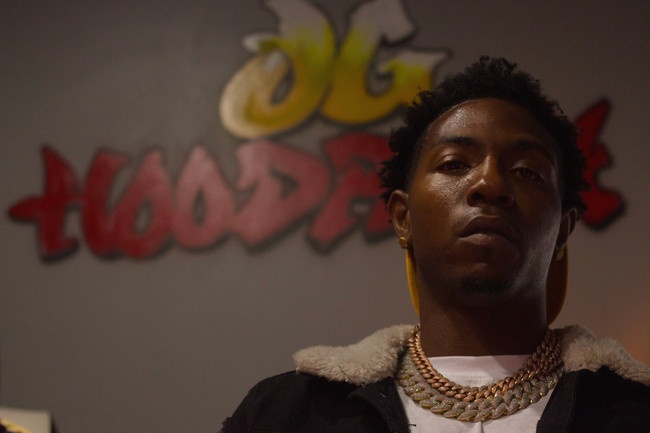 Many people who only know the streets stay tied down and loyal to the streets. It’s hard to remove yourself from something that once brought you comfort and a sense of home. And unfortunately, many get caught up with the criminal activity it has to offer. Bradley Cowens Jr., better known as his stage name Kam Dutchie, grew up amongst the Atlanta illicitness. He made sure not to let the streets define him nor suck him in. So, he turned to music to get away from the noise outside and created his own noise inside – sounds that he could control and make his own.

After graduating in 2010, Dutchie decided to dive headfirst into his work, conceptualizing the perfect fusion of trap and hip-hop. His debut album, From da Struggle to the Hustle, has eight tracks that all tell the story of the artist’s inner mind. His single “Bout A Check” brought him radio airplay love, features on Coast 2 Coast mixtapes, and a viral SoundCloud play. Although he made it out of grit, he refers to his city as a common theme prevalent in his songs and videos. It’s a place that shaped him and hardened him; without it, Dutchie wouldn’t be the artist he is today.

Realness is a product of your experiences. When you’ve faced so much in life, there’s no need for a façade or artificial counterfeit of who you actually are. Kam Dutchie prides himself on his raw persona. He’s been hurt and is honest with himself about his feelings, and in his new music video, “Pain,” Dutchie doesn’t stray from his backstory. A solemn opening of a drive past a cemetery sets the undertone for the video; as spoken word narrates the introduction, the rapper begins telling his story. He adds flowers to the rows of memorials and explains his commitment issues with romantic partners and family trauma. Music is his channel of expression, and lyrics are his understanding of his internal struggles and external forces. Despite the betrayal, the heartbreak, and the tribulations he’s faced, Dutchie continues to grind and keep moving forward. He uses God as a safe space to lean on when times get tough, but his own will to hustle is what gets him to where he wants to be. The artist pays respect to his fellow creatives like Nipsey Hussle and Juice Wrld, artists that lost their lives to senseless acts of violence and overdoses. For them, for himself, and for God, Kam Dutchie remains committed to keeping the faith.