Irish-born singer-songwriter Holly Macve releases the third and final glimpse today into her upcoming sophomore album, Not The Girl, with a new single “Eye Of The Storm.” The song, which was written before the COVID-19 lockdown, resonates deeply with universal emotions from the last year, particularly feelings of inadequacy and fighting through them with the one you love. Not The Girl is due for release May 14th, watch previously shared videos for the tracks “Be My Friend” and “Daddy’s Gone”. 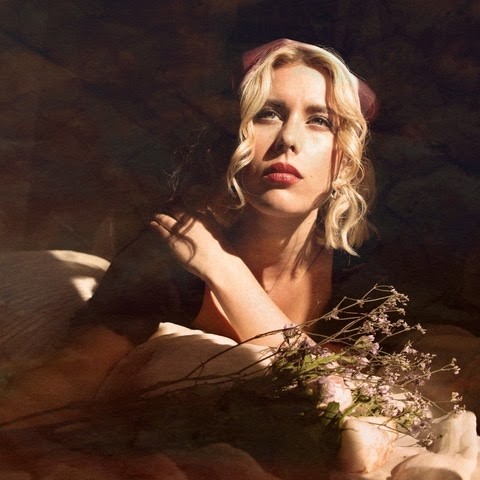 Holly on the making of the song: “’This was one of the first songs I wrote for this record, before the pandemic. It’s strange because the meaning of this song has evolved & become more relevant than ever throughout this last troubled year. I was reading The Bell Jar by Sylvia Plath and there was a line about a tornado that I thought was beautiful and evocative. It was a moment of inspiration for me and the song was written within a few hours. I returned to it a day later and wasn’t quite sure where it had come from, that’s one of the best feelings, as a writer. It’s a sort of comment on society and how we’re made to feel like nothing is ever enough, the grass is always greener… and then love prevails. It’s us against the world in the eye of the storm’.”

LISTEN/WATCH “EYE OF THE STORM”
https://hollymacve.lnk.to/EOTS

“My vision was big,” says Brighton-based singer Macve of the road to her second album. “I knew I wanted to do something more expansive than my first record.” With reach, feeling, storytelling power, and a stop-you-dead voice, Macve tackles that mission boldly on Not The Girl. Following the rootsy saloon-noir conviction of her 2017 debut, Golden Eagle, which earned high praise from The New York Times, NPR, Brooklyn Vegan, and more. Holly sets out for deeper, often darker territory with a firm, unhurried sense of direction on her second record: on all fronts, it’s an album that looks its upscaled ambitions in the eye fearlessly. Watch Holly’s NPR Tiny desk performance where she performed songs from her debut album, where they described her as “somewhere between the lonesome twang of Patsy Cline and the moodily modern slur of Lana Del Rey.”