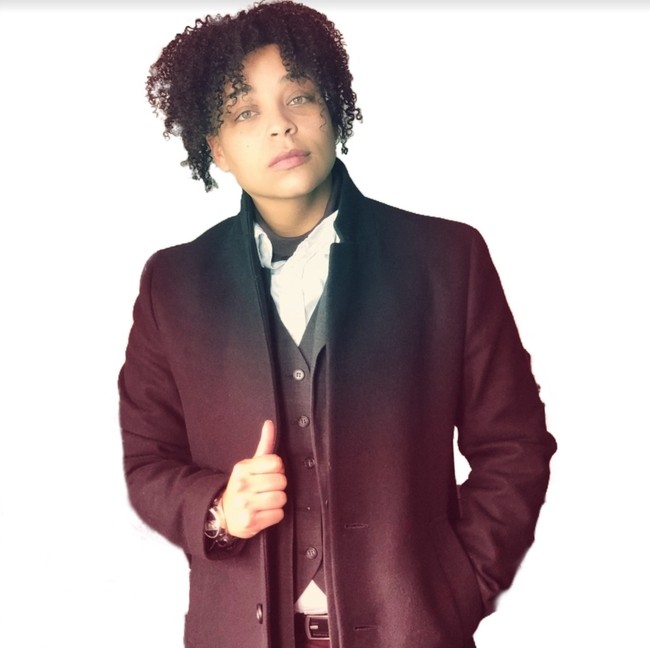 On her newest single, “Get Up,” rapper, producer, and songwriter C.K. Marion compares herself to a lion. For the next three minutes, she shows the listener exactly what she means by that. She roars about injustice, police brutality, prejudice, poverty, and the callousness of those who choose not to pay attention to the suffering of their neighbors. Her arguments are so airtight, and her delivery is so forceful, that it’s hard to imagine anything that could stand against her righteousness. Few songs have the power to change minds. “Get Up” might just be an exception to that rule.

This isn’t the first time that the Denver, CO vocalist has elevated minds with her music. “Get Up,” which features additional vocals from Saint Mercury, comes right on the heels of the astonishing Resist, a record that begins with a confessional statement of purpose and ends with a raised fist against the establishment. “Get Up” amplifies the political message and sharpens the tone of Resist, and breaks new ground for Marion. She’s an artist who is always looking for ways to challenge herself, and she’s certainly raised the stakes here – emotionally, politically, artistically, all at once.

“Get Up” is also a demonstration of C.K. Marion’s astonishing microphone skills. She’s a deft rapper – quick with a knockout punchline or a pointed metaphor, verbally dexterous, given to internal rhyme and razor-sharp wordplay. She’s the kind of vocalist who treats every syllable as a thing of value – one who never throws away an opportunity to make an impression on the listener. As cogent and compassionate as her politics are, it’s her total commitment to clarity and communication that truly sets her apart.

In the clip for “Dead Zombies,” the scalding single from Resist, C.K. Marion rapped from the midst of a graveyard. She’s among the tombstones again in the “Get Up” video – but the signification is different. This time around, she’s summoning a resurrection. Making the message even plainer, the camera also finds her on the steps of a courthouse. With all she can muster, she calls on the better angels of America: the part of the nation that believes in equality and magnanimity. Before long, she’s not alone. She’s joined by other faces, other voices, shaking off the long slumber of injustice and committing themselves to a life spent wide awake.