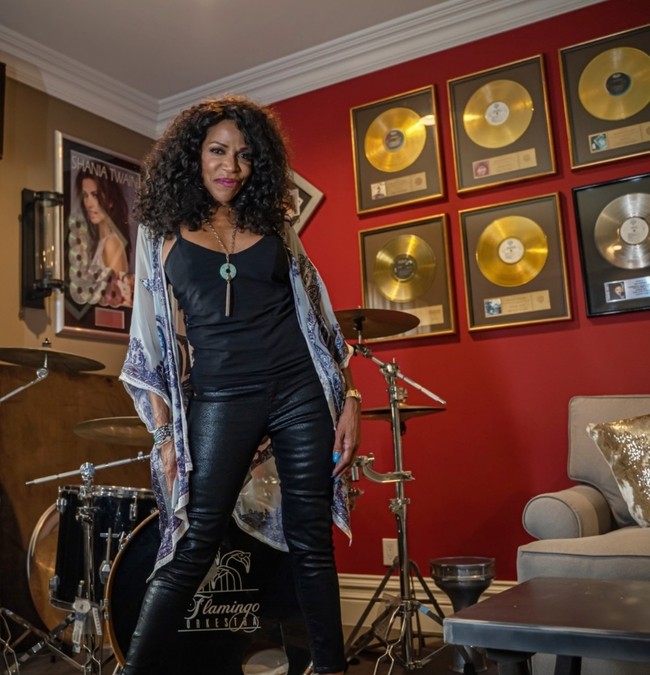 When Sharon Hendrix was two years old, she made her debut in music when she stood on the church pews and sang louder than the congregation combined. When she was done, she received her first-ever applause. Ever since that Sunday, the singer’s focal point in music is confidence and encouragement. Throughout her five-decade career, she has worked with household names like Bob Dylan, Elton John and Stevie Wonder. Hendrix has also been a backup singer for Barry Manilow, Olivia Newton-John, Billy Cobham and many other top performers; she exhibits the same devotion and commitment no matter with whom she shares the stage. Forced by the pandemic to cut short her tour schedule Sharon has devoted her time reestablishing a presence as an indie musician in the mainstream world of contemporary pop music. The traction she’s building with new fans shows no sign of slowing down. She has built a wonderfully fulfilling musical career off a childhood dream, and in many ways she is still that child, singing loud, self-assured, and never wavering in her message.

Life is like a wave; it repeatedly crests and it troughs. It’s important for us to learn how to cope with the downs so we can appreciate the ups. We need to “Hold On,” as Sharon Hendrix musically encourages us to do is sound advice in more ways than one. The track is off her recent EP, Fortitude, which prides itself on the theme of perseverance. The singer is front and centered and charms the camera with her firm eye contact and safe declarations. The actors in the music video take care of themselves in supportive ways that can easily be overlooked. How do they hold on? Through freedom of expression by dancing and moving, through friends and partners, and through a reassuring helping hand. We often fail to notice the support system and coping mechanisms that surround us, but those small connections and actions make a world of difference. Sharon Hendrix believes there’s always a light at the end of the tunnel, that sunshine follows the rain, and to expect a crest after a trough.