The multi-Platinum trendsetter Saweetie’s current club-ready banger ‘Best Friend’ is shaping her to be her biggest UK hit to date. The track has so far peaked at #35 on the Official Charts with a global tally of over 100 million streams, and its profile has been amplified by playlists at Radio 1, 1Xtra, Kiss Fresh and Capital Xtra. Already featuring Doja Cat, the track is now boosted by a remix which adds another star name in the shape of Stefflon Don. 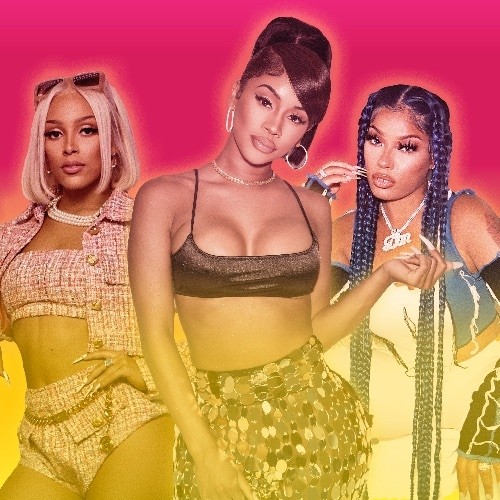 ‘Best Friend’ was already a boisterous celebration of female success and independence given Saweetie and Doja Cat’s razor sharp bars, but Stefflon Don elevates the duo into an undeniable triple-threat with two fiery new verses. She brings a UK flavour infused with some rambunctious dancehall flair, making the track a declaration of an empowering friendship that no-one’s going to mess with.

Saweetie says, “My UK fans are so important, I wanted to give them a special treat with my Best Friend Stefflon Don. I can’t wait for everything to open back up so I can perform this remix for my UK Icy Gang!”

Stefflon Don adds, “Saweetie is always killing it with her music and I’m so excited to be working alongside her for this remix, bringing some of my DON vibes to one of the biggest tracks of the year.”