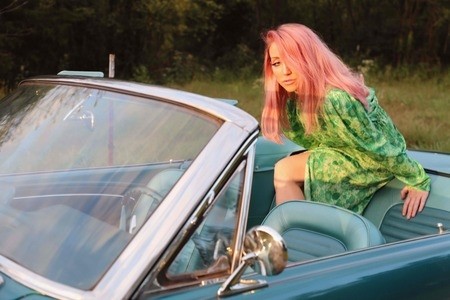 The GRAMMY-nominated Nashville star Ashley Monroe announces her fifth studio album Rosegold which will be released on April 30 via Mountainrose Sparrow/Thirty Tigers. Today, Monroe released the video for the album’s first single “Drive,” which was co-written with Niko Moon and Mikey Reaves, who co-produced the song with Monroe. Rosegold is now available for pre-order.

“I had this chorus and idea when I went in to write with Mikey Reaves and Niko Moon on September 10 (my birthday),” explains Monroe. “I told them my dad/other angels always send special songs on my birthday. It didn’t take long into the session until we knew we were on to a special one. I always imagine me singing this while driving on a desert highway.”