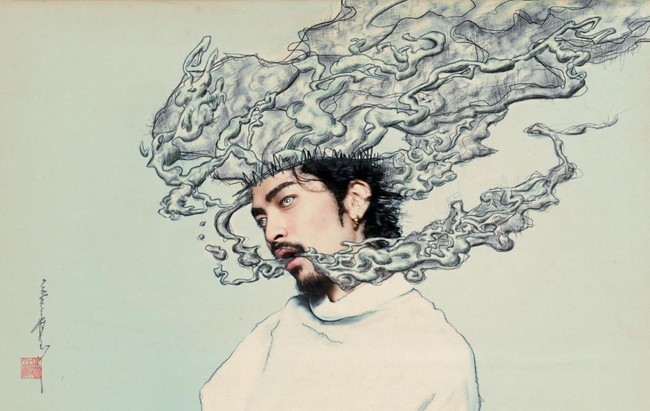 Built around the theme of “mourning what we have lost, and celebrating the new year to come”, ‘THE MILLENNIUM PARADE’ album consists of 14 songs of various genres, including jazz, rock, hip hop, electronic, and classical sounds. Much like the unending night parade of a hundred demons folklore, ‘Hyakki Yagyo’ (the underlying concept behind millennium parade), each song in the album melts into the next seamlessly, taking the listener on a journey through “the millennium parade”. On the album cover, a ‘Tezutsu Hanabi’ (the oldest form of Japanese fireworks, encased in bamboo and held by hand) which was traditionally used to protect from evil spirits, and was also used to pray for a good harvest, is held by Ebisu, one of the 7 Gods of Fortune.

When asked about the album creation, band leader Daiki Tsuenta shared, “It took me quite a long time to make this album, but I’ve been playing music for more than 20 years since I was a child, and I’ve been saved by music myself. It’s no exaggeration to say that this album would not have been possible without friends and family I’ve met through music, as well as the people who listen to it. In that sense, it’s the culmination of everything we’ve done so far, and it’s our debut album. Please give a spin and enjoy this record!”