Have a look below, as Jason Rylan tells us more about his single “Powerless”: 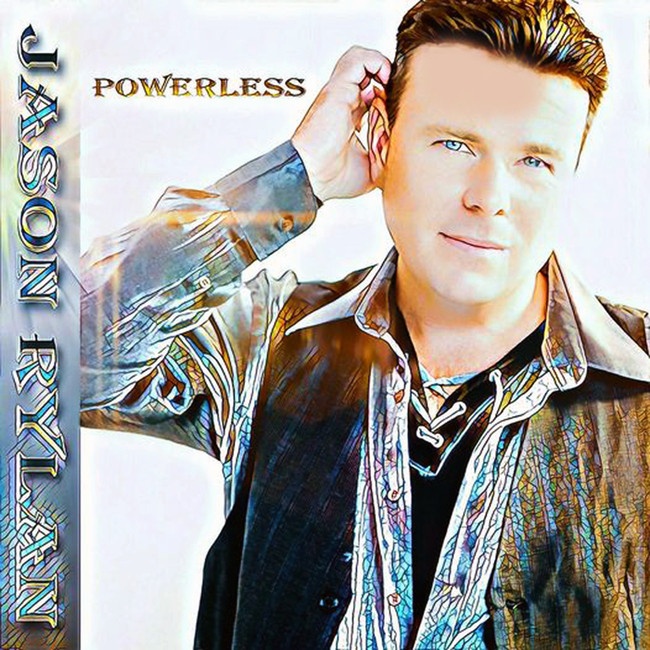 Skope: Was there any one incident that inspired the writing of “Powerless”?

Jason Rylan: I would say that COVID-19 and all of last year definitely inspired Powerless. But to take it a step further, I think anyone with feelings of stress, anxiety, and doubt can relate to this song. Of course, there were many catalysts that triggered this song. I have never seen the entire Las Vegas Strip shut down and completely close in the many years that I’ve lived here. I’ve never witnessed such sickening and harsh dividedness between people over politics or personal beliefs. And I think all of the panic buying at the grocery stores triggered the song a bit whereas it resonated with people overreacting irrationally out of fear, worry, and anxiety. Of course, I could’ve written a song about toilet paper, but I kind of like this one. :-)

Skope: How long did it take you to write this song?

Jason Rylan: The song took a few months to write and produce shortly after Vegas initially had the complete shutdown with the Governor’s stay at home order. We worked on the song remotely and gradually added ‘in-person’ studio sessions as the restrictions lifted. We are still working on more material associated with this song (Remixes, video concepts, etc..)

Jason Rylan: So many people are still struggling, unemployed, and having a difficult time financially. In addition to music production, I also work as a Director for a Ticket Broker which has been closed since last March. Majority of the major shows in Las Vegas are still closed and very few are operating at vastly reduced capacities which doesn’t even begin to cover operating expenses. It’s very sad and alarming. I have so many friends and colleagues in the industry that are still unemployed (dancers, musicians, entertainers, techs, agents, etc…).

I was volunteering at a local church doing “food distribution on a weekly basis though https://www.threesquare.org as well as an animal rescue http://www.kissforhomelessanimals.com, and United Way. Some of my colleagues volunteer with a service called Delivery with Dignity (https://www.deliveringwithdignitylv.org founded by Elaine Wynn). The service delivers restaurant quality meals to those who are in need”, some disabled, and others challenged with transportation. There are SO many people that still need assistance right now. It’s beyond heartbreaking at times. I met a lady with two disabled teenagers, her husband is still out of work, and she was the only one working very reduced hours. She was so appreciative and thankful for the food assistance; not knowing how they would survive without it.

Skope: What might have been some of the other issues, besides COVID-19, that influenced this song?

Jason Rylan: I think my overall struggles with anxiety and depression also contributed to writing this song. I tend to worry about and overthink everything. I tend to function better

when I just go with the flow and have Faith. Usually, things have a way of working themselves out even when times are rough.

Skope: What are some action items that one who feels powerless can take to feel less powerless?

Jason Rylan: I would say DO something! Even if you are unemployed, get up each day as if you are going to work: shower, get dressed, and stay active. Take a walk in the park or go for a drive. Make sure you do something each day and stay connected with people. Another great place to start would be donating a couple of hours a week to volunteer at a charitable organization with your local community. Even a couple hours a week really makes a HUGE difference and impact for those in need.

Skope: More specifically, what can musicians – who cannot play live – do to feel less powerless?

Jason Rylan: Sadly, we know all too well that the industry heavily revolves around live performance and ticketing. Again, I would say to stay active, create more music, practice, collaborate, and above all try new things. A Las Vegas entertainer friend of mine has been doing live streaming while the industry is still heavily restricted. Another friend started producing a series of “Drive In” shows. They both adapted to this current environment.

Skope: How did you go about choosing the instrumentation for this song?

Jason Rylan: I wanted something simple, moving, soft, and yet also impactful. My initial approach was to produce a song similar to my last single “Strong” whereas I wanted something moving. Talbot Snow (CoProducer/) was great with collaborating on the song and Sham Lewis was phenomenal with his harmonies.

Skope: Did the music or the lyrics come first for this track?

Jason Rylan: Powerless started with a melody, hum, and a concept; mainly the chorus and I think while I was doing dishes…lol! The song kind of manifested from there with little notes saved to my phone as more verse or ideas came to me.

Skope: Were there any musicians or particular musical styles that influenced this song?

Jason Rylan: No, I wasn’t shooting for a specific style per say. As mentioned, I knew that I wanted to produce a track similar to “Strong.” I think the major influence for this song is to simply choose to do something instead of nothing when confronted by challenges and that can apply to any situation.

Skope: You also wrote “Strong,” tribute to Route 91 Harvest victims. Are most of your songs issue-oriented? If not, what other subjects have you written about?

Jason Rylan: Yes, I definitely tend to write a lot of songs around social issues: Strong, Help is on the Way, It Gets Better, Powerless.. I find music very holistic and healing. I think we need much more of that and long before COVID-19 with songs that lift others up, bring us together, and remind us of our commonality. I also write and produce songs with various subjects and concepts such as: love, life, loss, philosophy, or even just fun whimsical ideas. Sometimes I like to try putting a different spin on remaking/reinventing a cover. What I love about music is that it’s an infinite canvas.