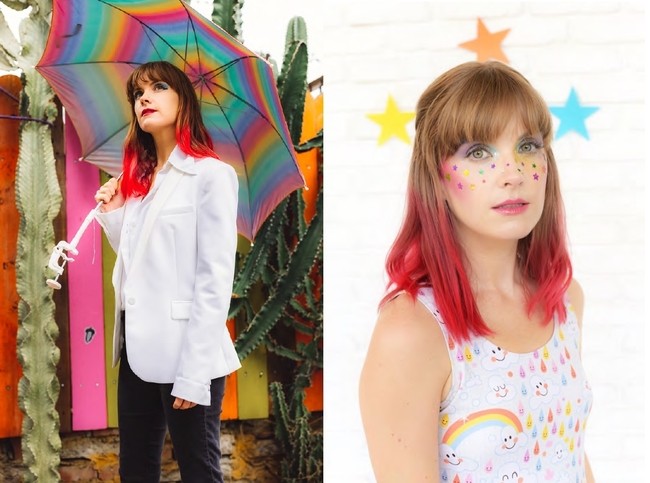 Artist Lucy & La Mer teamed up with LGBTQ Influencer/Author Haley Faulkner to create a romantic, light-hearted music video about long-distance relationships. The pair, already known for their own individual content on social media, self-filmed an entire music video on their phones from opposite sides of the US. Lucy, based in Los Angeles, plays a hopeful but frustrated girlfriend to Haley, a college student who relocated to Nashville. The video includes a TikTok dance for fans to learn and repost.

Lucy & La Mer has been profiled by the likes of LA Times, Billboard, Huffington Post and more. She has amassed millions of streams for her infectious blend of indie pop meets folk.

Lucy & La Mer returns with a catchy indie pop bop that celebrates the fun, playful experience of your first love. Her new single, “Rollercoaster” embodies the delightfulness of a new relationship and the rush of having your first girlfriend. The video stars LGBTQ influencer Haley Faulkner, and includes an easy-to-learn TikTok dance for both Lucy and Haley’s fans.

Lucy LaForge, the artist behind the name “Lucy & La Mer”, is known for the positive messages in her songs, as well as her advocacy within the LGBTQ mental health community. Coming out in an interview in 2018, Billboard stated that the singer is “proud of who and what she is.”