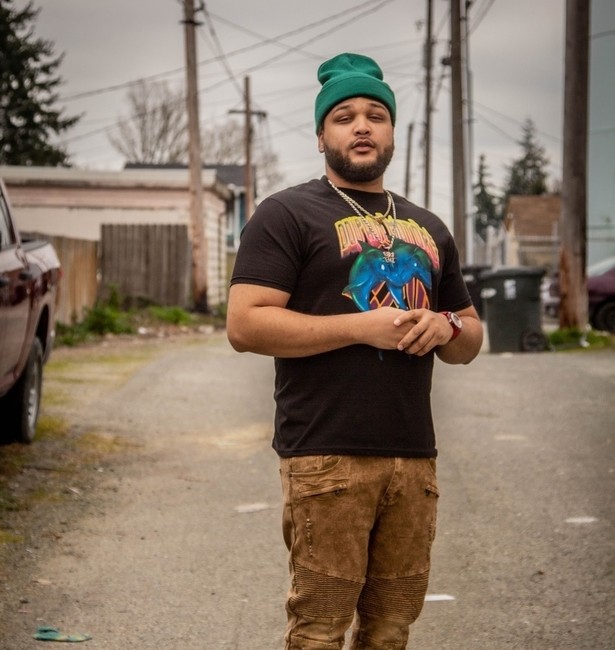 Maribased1’s music is second to none, and that’s because he is on a mission to demonstrate that “Seattle music is real”- not hard to do, since the rapper’s universal sound sustains the weight of his city. Four of his recent videos – “Score’N”, “Bouncin'”, “Mystery Girl”, and “Thee End” – have received major programming love at BET Jams and MTV Jams. He is the king of Pacific Northwest storytelling and has won numerous awards, including “Best Mixtape” from the Seattle Sound Music Awards in 2019, “Breakout Artist” for the West Coast Hip-Hop Awards in 2019, and “Top 20 Movers N Shakers” in Seattle’s Best of the Best Crane City Award coming in at #8. Maribased1’s music can switch gears with no hesitation; listen to his soulful tribute while relaxing in your bedroom or a club banger while getting ready to go out on a Friday night.

Maribased1 is joined by Houston’s BeatKing for their new catalyst track, “48 Ratchet.” Also known as “Club Godzilla,” BeatKing rose to fame with his legendary avant-garde approach to Southern club music. He’s been surrounded by music his entire life, which explains why he draws in listeners so organically. BeatKing boasts over two million monthly Spotify listeners and millions of total streams. As Maribased1 is a firm believer in the power of God, it would be a sin and a vice if the world slept on this new club moving track. “48 Ratchet” is already making waves on digital and college radio charts: it hit #1 on the Urban Influencer and Radio Expert chart, and #9 on the Top 30 College Radio chart, heading for #1 as well.

Once an insult, “ratchet” is now a compliment with positive nuances. Thanks to the adoption of the word in hip-hop and normalization in pop culture, the slang term is being embraced and reclaimed. So, when Maribased1 and BeatKing rap their supercharged bars in “48 Ratchet,” they want women to embrace their sexually wild side and do it with no shame nor no care. They reference everything relevant in pop culture today, like TikTok, IG fans, and of course, the sex-positive rapper, Cardi B. The animated music video portrays Maribased1 and BeatKing promenading on loop; whether they’re headed through an estate, towards a mansion, or entering the club, the boys take their time to lay down their track while on the way to their destination. Producer DJFunkDaddy concentrated on the emphasis and attitude in the beat to escalate their hedonistic pursuits. This anthem is for the ratchets – those already and those becoming – and certainly for the strip clubs!