Jess joy (formerly of Moon Honey) has announced her debut solo LP, PATREEARCHY, to be released on April 16, 2021. 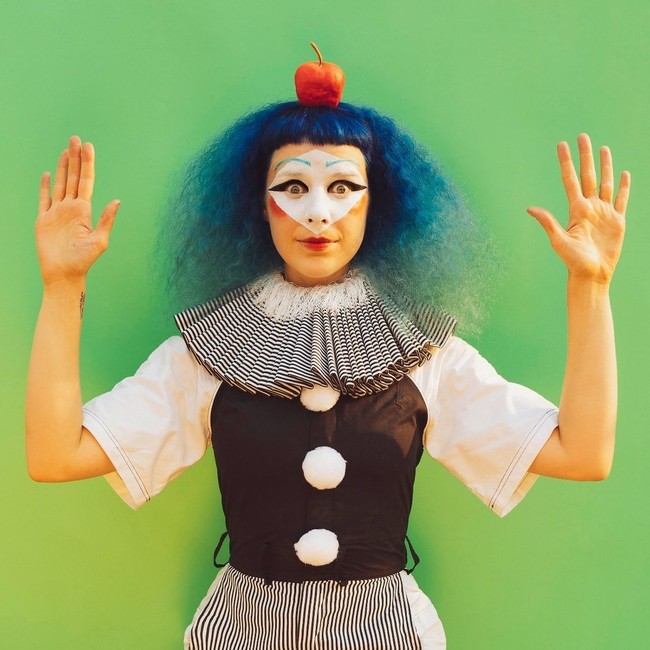 Today brings the first song from the album, “bless your name,” along with a self-directed video. Jess joy explains:

“bless your name” is a self-directed mime piece. I wanted to make a video that depicted the roots of my shame, tracing back to christian teachings of my childhood. I grew up on stories of “the original sin” (Eve as the original sinner, eating the fruit from the tree of good & evil), the forgiveness of sin (Jesus dying on the cross), & the self-fulfilling punishments of being bad (Eve discovering her nakedness & being kicked out of the garden, Judas hanging himself for having handed Jesus over for 30 silver coins).

In these seemingly harmless stories, I internalized that women should be ashamed of their bodies, desires & decisions. I exalted the martyrdom of Jesus Christ, someone who would take on the sins of the whole world & free us from our shame. In the video, I treat my guitar as my cross to show my attempt to sublimate sin through the emotional labor of music.”