‘Whatever’ brings a hyperpop and bubblegum meets Gen Z vibe whilst tapping into the spirit of the fun, iconic and influential noughties aesthetic. The standout video for the new track sees Rakky paying homage and bringing her own fresh take on the 00’s story-telling videos which inspired the track. 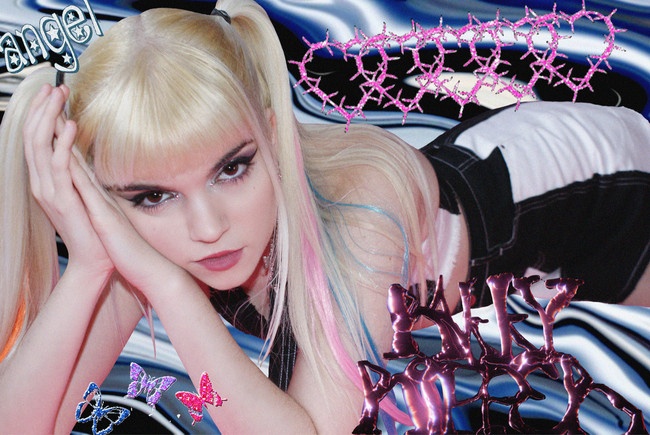 With a co-sign from Charli XCX following appearing with Charli at her Madrid show before the gobal pandemic hit and with more music to come via her new EP out later in the year, Rakky is certainly one to watch in 2021.

Speaking on ‘Whatever’, Rakky has said; “‘Whatever’ is the pop girl in my new EP. It’s my 2021 version of Britney, *NSYNC and the Spice Girls. The new video tells the story about two people who are in love but one of them pretends not to care, so the other person is always chasing.”

Hailing from Granada in the south of Spain, Rakky Ripper brings a new and never heard before sound – mashing together electronic pop, hyperpop and classic pop references, all wrapped within a distinctive Spanish flavour.

Growing up in a small city, Rakky always knew she was different from those around her, turning to the internet to connect with the trends in fashion, music and culture that she was feeling ahead of her hometown. From there, she has become a fan of strong female music, including drawing influence from Charli XCX, who she joined on stage during Charli’s show in Madrid before the global pandemic hit.

With a hyper-modern meets noughties vibe, Rakky’s sound and aesthetic influences start with the infamous 2006 paparazzi shot of Britney, Paris and Lindsay, and then travel through a pink and glitter lens taking in astrology, the universe, bubblegum pop and anime to create music which has at its forefront; femininity, iconicity, fashion, sexiness and pop.

Tipped and featured by Vogue España as a 2021 Talent, with the infectious ‘Whatever’ out now and more new music dropping via her upcoming EP, Rakky Ripper is certainly one to watch as she re-shapes hyperpop with her exciting Spanish flavour.