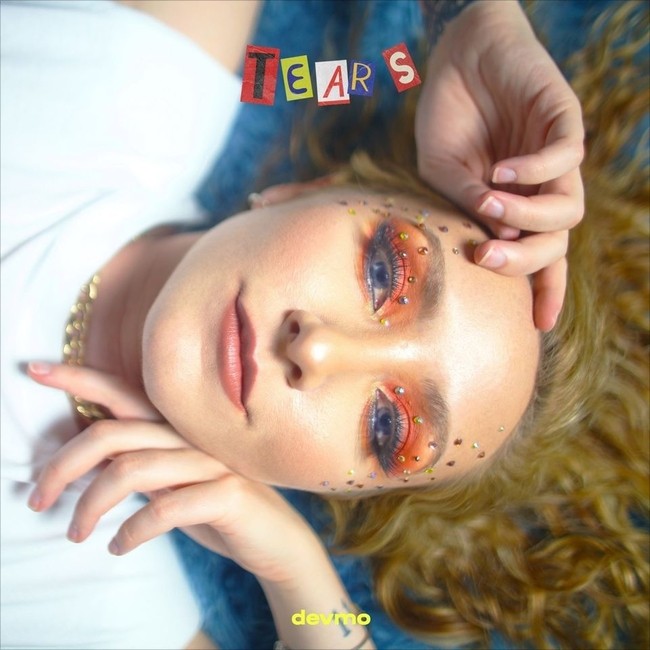 With her newest EP “Tears,” Devmo taps into the growing generational fears and anxieties of an indifferent world. One would think the TikTok star who’s gained more than 4 Billion views would lean into the advantages of being your own brand thanks to platforms like Instagram, and the aforementioned TikTok, but her album paints a decidedly darker picture of the current Millennial and Gen-Z internet culture. Devmo brings with her some decidedly slick production and a soothing voice that recalls the somber tones of Lorde or Billie Eilish but isn’t afraid to come across as boastful or flashy. The start of the album is an intimate affair, one that’s an incredibly accurate depiction of the present ennui many young person’s today find themselves masking thanks to the romanticized projections they’re able to curate on various apps. The opening track “Detached” finds the singer in want of a genuine connection with someone who’s unavailable and the lengths she’ll go to shut out the hurtful realities with both substances and tenuous disposable connections at best.

It would be difficult to not attribute these feelings when thanks to the internet, it’s easier to keep tabs on someone and analyze and dissect their moves. Devmo isn’t afraid to look inward on the critical “Self-Deprecation,” which aims to atone for the internalized misgiving’s she carries. I’d argue the song is one of the major highlights of the record, but sometimes the message is questionable since it offers no larger criticism beyond “I call myself a piece of shit (actual lyrics),” and I feel many could interpret it as a form of enabling behavior just by virtue of slight acknowledgment and offering no larger sense of the desire to grow. Despite that, I think many will find its aesthetic and tone to be very cathartic.

The back half of the EP covers topics from the feelings of a love lost and the desire to reconnect while also critiquing one’s self as the problem with “Getting in the Way” where Devmo’s longing is interrupted by the realities of her former flames growth and newfound life as a father and spouse. In comparison to the first two tracks, it feels like a slight step down lyrically, bordering on your too conventional “I want you back” track, but her vocals and assured delivery carry it effortlessly. With the hyper catchy “Hatin‘,” she gets the chance to show off her strong flow abilities and tongue in cheek humor and it’s a nice change of pace from the more sobering material, though it feels a little out of place considering the through-line of the album being so morose. Her closer “Scared to Die ” feels like a combination of the penultimate track mixed with the openers honest insecurities on display.

With many youth today feeling stronger pressures on seemingly outdated societal concepts and the pressure to plan their future in an uncertain world, “Scared to Die” effectively captures the anxieties of feeling like time is passing by too quickly. Sometimes the track does veer a little too much into the former track’s braggadocious nature and I feel the end result may take away from the EP’s overall intent and impact, but Devmo’s talent is far too strong to let minor issues keep this from being an exciting step in her future.