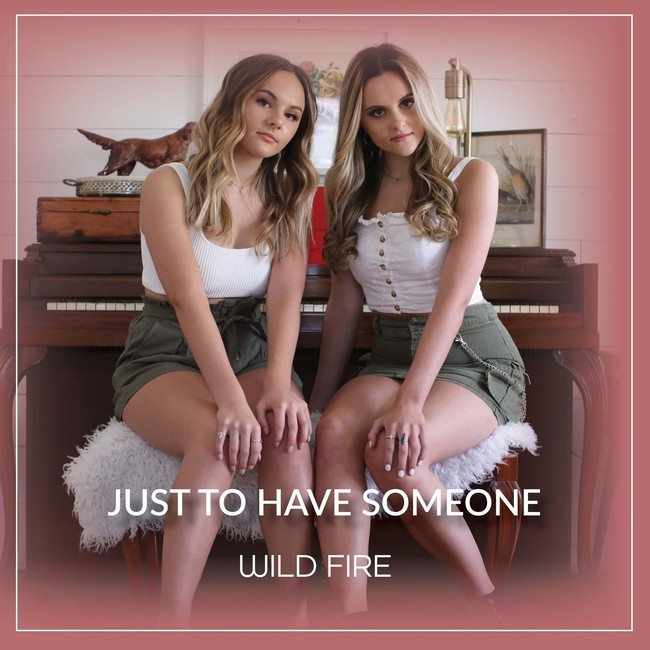 Divinely physical but not so overwhelming in size that we feel intimidated by their melody, the electrified strings that awaken “Just to Have Someone” are as strong as a tidal wave, but hardly the best part about Wild Fire’s latest single. There’s a radiance in the fleeting introduction to this track that gets me every time I listen to it, to such a point where I think these opening bars set the tone for the way we’ll interpret every passing moment that follows. “Just to Have Someone” is a ballad born of bruising volume and unguarded passion, both of which have been increasingly difficult for audiences to come by in the remarkably toned-down pop scene of the early 2020s so far.

The instrumental faceting beneath the gorgeous lead vocals in this song might just as soon have been given less of the spotlight and remained integral to our understanding of the narrative, but I prefer the grandiosity it’s built on here. The production style is already noninvasive and not nearly as filled with plasticized adornments as a lot of the other country/pop singles I reviewed in December and January have been, and in keeping the mix stripped of bells and whistles we get to appreciate just how big a punch Wild Fire can muster when they want to. Theirs hearts are invested in the story being told as well as the emotion behind it, and that’s evident even in a cursory session with “Just to Have Someone.”

As is the case with most songs in this genre of music, Wild Fire’s most recent single boasts a chorus that brings us into the arms of their collective artistic ability flawlessly, though I wouldn’t say it’s the most powerful moment of release in the track. Quite honestly, there’s such an evenness to both the rhythm of the music and the melodic ribbonry the percussion guides that there are moments in which “Just to Have Someone” feels like one giant celebration of self (which is really something for such a commentarial song). Every ounce of its construction screams introspection, and yet it’s one of the more accessible singles of its kind to have landed on my desk in the last few months without question.

I highly doubt that I’m the only critic saying so this winter season, but the future Wild Fire has ahead of them is looking too good not to take note just the same. “Just to Have Someone” is an elevated look into their style of songwriting that implies bigger and better things still on the horizon, and I’m not referencing the creation of a studio album alone. The compositional wit these two share is something that is going to win them a lot of support on college radio sooner than later, and I would say it’s never been so obvious and audible to the casual listener as it is in this single. It’s convinced me to keep close tabs on what Wild Fire get up to in the future, and my gut tells me it will do the same for you as well.