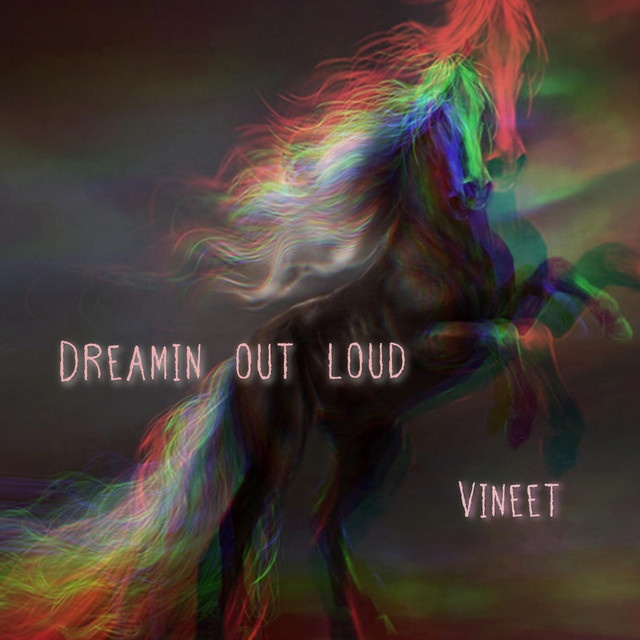 Roaring into place like heavy machinery starting up, “Dreamin’ out Loud,” the latest single by rising star Vineet, doesn’t leave us wondering what sort of a song it’s going to be by the time its brief instrumental introduction has concluded. There’s urgency in the beat, to the point where the melody it frames feels like it’s about to burst out of the speakers and take control over everything in the air around us. Pressure is a key component of what makes “Dreamin’ out Loud” work as well as it does whether you’re into club music or just powerful grooves, and the way it’s being put to work here definitely makes me wonder just how much Vineet was holding back for the sake of the studio environment.

The lyrics in this song allude to a new horizon waiting for us on the other side of what was a less than perfect day, but they aren’t the only means in which this singer and songwriter is going to get his point across to us. Rather than putting everything into his words, Vineet spreads the vibe across the instrumentation and the poetry evenly, allowing for the rhythm of the music to fill in a lot of the gaps in which verses might not have done the point proper justice. He isn’t content to employ but one avenue of communication in his work; after all, in the history of pop music so few of the genre’s most captivating players have been willing to box-in their sound so predictably.

“Dreamin’ out Loud” doesn’t have a specific point in which it lets go of the tension we discover at the onset of the track – in fact, I think the anticlimactic construction of the hook makes it so that catharsis runs beneath the song and never through it. Vineet isn’t trying to tell us a story of being set free; he’s instead teasing us with what it feels like to want for such an escape from emotional bondage, which is far more striking in my opinion. There’s nothing particularly revolutionary about this concept when looking at it from a black and white point of view, but the manner in which he executes his mission is what makes this single feel like a declaration of war aimed at the mundane in mainstream music today.

I just found out about Vineet through the release of this new single, but while I didn’t know what to expect out of his content I can firmly say that I’ll be looking for more of his work in the future as he continues cultivating this artistic identity. “Dreamin’ out Loud” isn’t a track so swaggering in its ambitious design that it repels the occasional pop consumer from getting into its beats – this is actually a song that I think could serve as a good introduction to its creator as well as a sample of what’s to come next. He’s going to be on my radar from here on out, and after you check out “Dreamin’ out Loud,” I believe he’ll be on yours as well.