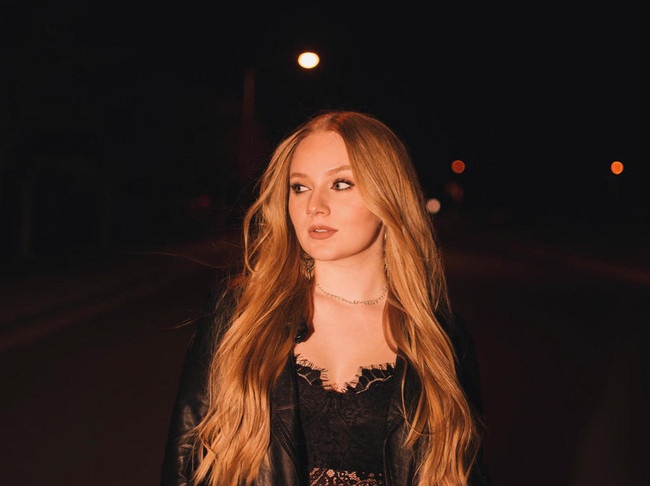 “I was stunned when I woke up to see that I had gained over 200K views overnight,” Kylie Trout says of her latest track, “Can’t’ Be Lonely,” which was released today due to growing demand and after the song’s viral popularity on TikTok. Now, sitting at over 250K views on the popular video-sharing social network, the 17-year-old delivers a song about that boy that always has a new girl on his arm, “I hope this song inspires girls to know their worth and never settle for boys who don’t treat them like queens.”

Co-written with Willie Morrison, “Can’t Be Lonely” calls out the boys who think of women as disposable with lyrics such as, “I hope you’ve got a backup waiting for your fake love cause it won’t be me…” and, “Might as well tell it like it is, don’t lie now, You want me to be your broken heart rebound.”

Kylie Trout is already carving a path to stardom, having already released a number of successful singles. The talented songstress offers a new blend of relatable and innovative Cali-Country, featuring her powerhouse vocals that are full of infectious soul and a touch of twang. It’s this kind of versatility that fans can expect from Trout’s upcoming debut EP. “Country’s all about telling a story, and that’s why I run to it so much,” Trout shares. “I like to mix a modern pop sound with a story.”

As Trout continues to grow a loyal fanbase, her ultimate goal is to offer fans “three minutes of happiness,” sharing the life lessons instilled in her through her music. Inspired by her dreams to perform at the Grand Ole Opry and Stagecoach Festival, she is already making a name for herself. She’s been supported by Radio Disney and has opened for Jerrod Niemann, Marshall Tucker Band, and Leigh Nash (Sixpence None the Richer).

With her previous releases, Trout has already accumulated over half a million streams. Like many of her fellow graduating seniors, Trout has a bright future on the horizon. But perhaps unlike many of her peers, she is carving a path to stardom. In fact, Daily Music Roll called Trout “a young new gem in the music industry whose vocal prowess is astounding.”