Bailey Bryan is kicking off 2021 not with an expected celebratory New Years bop, but with “Sober” — a gorgeously constructed, melancholic reflection on a love-hangover that feels all-too-relatable. Out today is the track’s chillingly profound music video where glitter, plastic champagne glasses, Chinese takeout and silver balloons litter the floor as Bailey pleads to a lover to remember her after the buzz of their young love wears off. 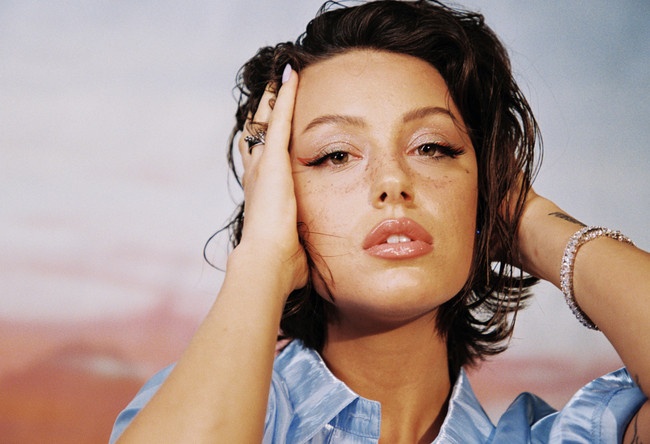 “Sometimes being in love with the wrong person is like being drunk,” said Bailey about the song’s meaning. “You know the good feelings won’t last, and you know you might regret it, but you just want to dive further in the moment. Sober is about those feelings before you let it go. I hope that this song can help someone who’s in that kind of situation process their emotions. That’s what it did for me when I started writing it late at night, in the middle of my living room floor, with my guitar. It’s just real to me.”

It’s her second track since announcing her current ‘Fresh Start’ music project, following the title track which SPIN debuted and UpRoxx named some of the “best new pop music from this week” back in early December.

After a successful debut as a rising talent in the Nashville singer/songwriter circuit followed by an artistic evolution encompassing the R&B & indie pop universes, Bailey Bryan was ready for her “fresh start”. A chance to let go of the relationships and emotional baggage that no longer served her and carve out a new path of self-discovery. Though initially forged in the fires of heartbreak, this next chapter is an amalgamation of themes about owning one’s worth, turning insecurities into strengths, excavating your fears, confronting your demons and discovering the flawed perfection in all of us — all while sticking to her personal “sensitive bad bitch” mission statement.