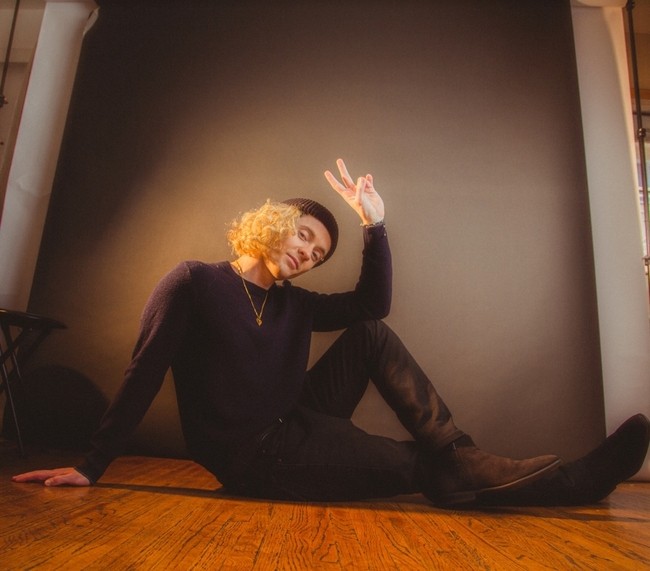 The sweet-singing pop artist and the fire-spitting rapper: for decades, that’s been a winning combination. It’s the musical equivalent of a buddy movie, a marriage of styles, a perfect balance between the gritty and the glamorous. When the singer has an affinity for hip-hop, and the rapper understands pop presentation, that makes hybrid tracks particularly rewarding. Michael Lanza is a singer with the precision, unerring sense of rhythm, and easygoing swagger of an emcee. Even though he’s best known for his future bass and house music collaboration with KEPIK, his opening slot for Major Lazer, and recognition by The Chainsmokers, his artistic adjacency to hip-hop is immediately apparent. “Lion,” the #23 Billboard Dance chart hit he cut with GhostDragon and Ron Reeser, was pitched for the clubs, but it had the soul of a rap-influenced R&B banger.

On “Islands,” he takes it one step further. He applies his voice to the song’s soaring choruses, but he turns the verses over to rapper Chow Mane, the Bay Area rhymer whose music has always found the middle ground between party-ready rap and offbeat, leftfield pop. The new single continues the gruff-voiced rapper’s recent hot streak: “Go Back to China,” his recent collaborative single with fellow emcee Jason Chu, made waves with its witty, outspoken verses, written to dispel anti-Asian racism. Chow Mane’s rhymes on “Islands” aren’t quite so incendiary, but they’re every bit as personal, emotional, and revealing. Here’s a rapper who has never been afraid to get confessional in the name of artistic expression – one who rhymes, unashamedly, straight from the heart.

That makes him an ideal match for Lanza, whose forthright delivery, approachability, and winning personality have always distinguished him among his fellow dance-pop vocalists. Directors Nanako Fukui and Yuito Kimura present Lanza and Chow Mane as best buddies and adventuring partners in the “Islands” video who both are experiencing a similar phase in life: heartbreak. From the initial frame, the relationship is absolutely believable and totally endearing. They’re presented as castaways on a gorgeous – but dangerous – island, lured into the jungle depths by a beautiful woman animated by the spirit of the sea. Yet her hospitality isn’t as total as it initially seems, and by the final verse, the singer and rapper are running for their lives. The mysterious siren takes pity on the duo when she notices they wear the same necklace as her, a painful reminder of what it’s like to be human. Fukui and Kimura make the most of the beautiful seaside environment, capturing the sea, the sun, and the vibrant vegetation in glorious color. A capsized boat makes an appearance, too, stranded on the sand and providing an ideal backdrop for the rapper’s devastating verses. They wake up on the sand only to realize it was a dream but don’t forget the sacrifice the foreign girl took so they can continue to search for paradise.