As New Year’s Eve 2020 approaches, Chip & The Charge Ups released a song and music video to help the world bid “good riddance” to the difficult year. “Under the Exit Sign” is an emotion-tugging tune blending hard rock and gospel and featuring Char Fields, whose big voice was lent to the band’s 2019 anthem, “Black and Gold Christmas.” 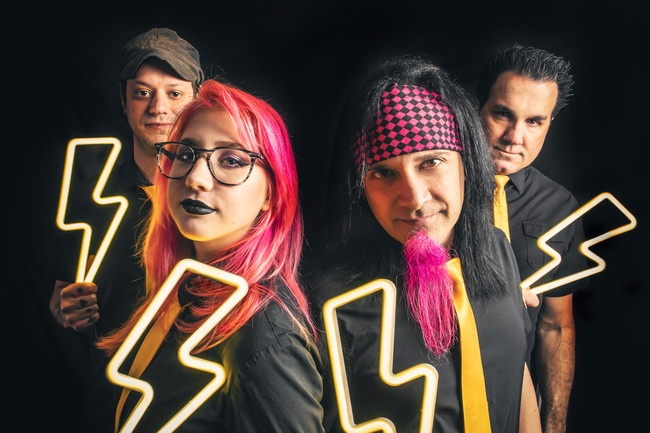 “Under the Exit Sign” addresses 2020’s biggest struggles: COVID-19 and the associated lockdowns; George Floyd’s death and the resulting protests; and the US presidential election, which is still being disputed. However, at the core of the song is an inspiring message of unity, everlasting friendship, overcoming hardships and hope for the future.

“For most people, 2020 was a year that kicked them square in the gut – multiple times and in multiple ways,” says Chip Dominick, vocalist and guitarist of Chip & The Charge Ups and the composer of “Under the Exit Sign.” “However, through music, we want to look at how the year made us stronger as individuals, better as a society and closer as family and friends. Though ‘Under the Exit Sign’ unapologetically touches on tough topics, it ends with an upbeat vibe that looks forward with hope to what’s next after we exit 2020.”

The song is currently available on all major digital music distribution outlets.

“Under the Exit Sign” is the first release that was recorded at Dominick’s home studio, in which he hopes to record other artists once the COVID-19 pandemic has waned or concluded. It also marks the first Chip & The Charge Ups song on which 18-year old bassist, Maleena Dominick (Chip’s daughter), plays viola.