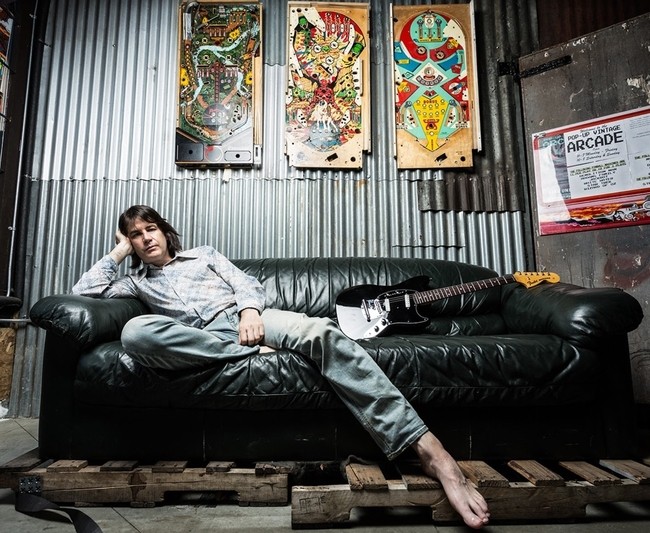 Music that has the fewest moving parts, the bare minimum of bells and whistles — that’s the stuff that stands the test of time. A riff, a hook, a melody, an idea. That authentic simplicity is the through-line for every genre that relies upon one wanna-be poet with a well-worn guitar. Vancouver’s Pennan Brae draws his inspiration from the forefathers of, well, pretty much everything you love: Elton John, Muddy Waters, BB King, the Stooges and the Kinks. Singer, songwriter, guitarist, and filmmaker, Pennan Brae is a true storyteller, no matter the medium. Dive into his lengthy discography and you’re as likely to pull out a head-bobbing down-and-out rocker, as you are a stratospheric ballad shot through with humor and joy. “The Love That I Got” is his latest, and it’s another era-defying ode to the human condition.

If love is hard to find, it’s even harder to let go of. That’s the spot Brae found himself in as he was messing around on his guitar a few months back. He had some serious unrequited feelings for someone. It was a situation that, in his words, “no matter the headwinds, they wouldn’t stop ‘the love that I got.’ And should things not materialize, there’d be emotional baggage to carry, but I’d keep moving on.” The gritty 6-string fuzz and driving backbeat make for instantly memorable verses and choruses, but it’s Brae’s signature throaty melodies that really shine here. It never hurts to write a heartbreak song when the wounds are fresh, but it takes a skilled songwriter to transform that confusion and desperation into relatable, insightful, but most importantly, hummable lyrics. “The Love That I Got” is just further proof that Pennan Brae is the rare artist who can convey complex emotions with honest simplicity.

Director Rob Fitzgerald travelled all the way back to 1933 to find the right visual backdrop for Brae’s take on the pitfalls of love. And a timeless tune deserves a timeless toon. The classic Betty Boop clip “Crazy Inventions” actually looks like it was created for the song. The rhythms match perfectly, and the wild contraptions featured here reek of another kind of desperation and over-complication. Brae and Fitzgerald chose the animation for Betty Boop’s rare staying power — she’s every bit as entertaining as when she debuted in 1930. Her independent, inquisitive and unique style felt like just the right fit for a track about thinking your way out of a strange situation. We’re pretty sure everyone who checks out “The Love That I Got” will hear themselves, who they were, at some point in their love life.