In Defense of Animals has renewed its calls to shut down a failing elephant exhibit at a zoo in Syracuse, New York. Two baby Asian elephants died last week at the Rosamond Gifford Zoo. The death of elephant Ajay was announced on December 9, who died just ahead of his second birthday. Then on December 11, Ajay’s five-year-old brother Batu also died. Both succumbed to the Elephant Endotheliotropic Herpes Virus (EEHV). Rosamond Gifford Zoo is currently named on In Defense of Animals’ list of the 10 Worst Zoos for Elephants for its mistreatment of baby and adult elephants. 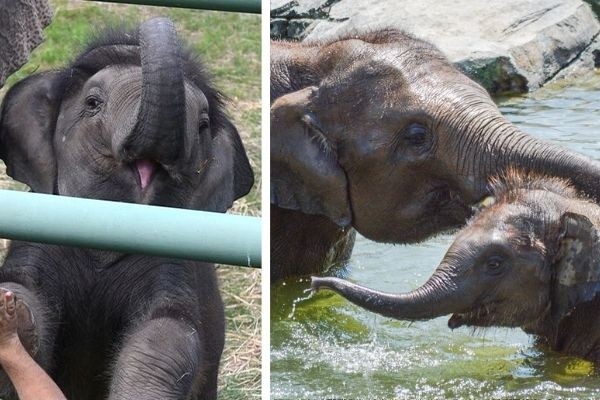 “The deaths of baby elephants Ajay and Batu are a tragedy that was bound to happen,”  said In Defense of Animals’ Communications Director Fleur Dawes. “They are only the most recent victims of zoos’ misguided attempts to breed elephants in captivity. Zoos have a notoriously difficult time keeping baby elephants alive but continue to use disturbing artificial insemination techniques to produce more babies in greedy attempts to drive ticket sales.”

Ajay and Batu were the offspring of mother Mali and father Doc. In late 2018, In Defense of Animals investigators recorded a zoo representative stating that both Doc and Batu would be sent to other zoos — separations that are common throughout the industry despite the trauma these moves can cause elephants. In response to In Defense of Animals exposing the zoo’s plans, Rosamond Gifford Zoo stated that Doc would in fact stay at the zoo — an announcement that was welcomed by In Defense of Animals.

In Defense of Animals has documented Doc exhibiting signs of zoochosis, a “stereotypic” behavior that is attributed to stress. Doc swayed back and forth during a recent investigation which reveals that he is not coping with his confined environment.

“These calves deserved more from their short lives than to be treated as entertaining props for zoo visitors,” Dawes continued. “We urge Rosamond Gifford Zoo not to repeat this tragedy and instead commit to join other zoos that have already shut down their elephant exhibits. Mali, Doc, and the remaining elephants should be sent to an accredited sanctuary where they can live a life of relative peace and comfort.”

Rosamond Gifford Zoo earned a place as the #10 worst zoo on In Defense of Animals’ 2019 list for sending Mali’s calf Chuck away to another zoo, and for the impoverished exhibit in which elephants display signs of chronic stress.

In Defense of Animals is an international animal protection organization with over 250,000 supporters and a 36-year history of protecting animals’ rights, welfare and habitats through education, campaigns and hands-on rescue facilities in India, South Korea, and rural Mississippi.