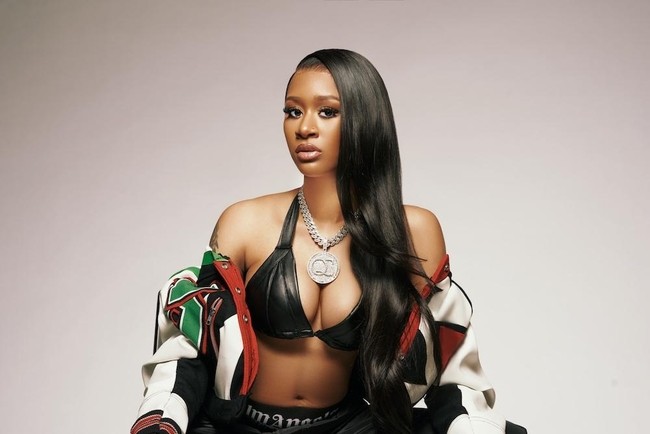 QC’s brightest up and comer Lakeyah has shared her new mixtape Time’s Up. The ten-track offering introduces Lakeyah’s unique chameleonic style and natural songwriting talents to the hip hop and R&B world. With previous hits like “BigFlexHER” ft 42 Dugg, and the Jazmine Sullivan inspired “Windows” on the project, Lakeyah continues to showcase the adaptability in her sound – effortlessly switching from soulful melodies to hard hitting rap. Alongside the mixtape, Lakeyah tapped her newfound labelmates City Girls for the new “Female Goat” video. The Keemotion directed visual is a flashy celebration of the new signee’s coronation into the QC empire.

The Milwaukee-based artist caught the attention of QC after her remix to City Girls’ “First Day Out” went viral in 2019. Unsigned at the time, Lakeyah spent the remainder of the year sharpening her skills before taking a leap of faith on a move to Atlanta. By the beginning of 2020, she released The Keymix II, followed by remixes of Lil Baby’s “Sum 2 Prove” and “We Paid” – the latter of which led to another look from QC, who quickly signed Lakeyah. With her unique style, natural talent and commanding flow, there’s no doubt that Lakeyah will gracefully climb the ranks toward stardom.