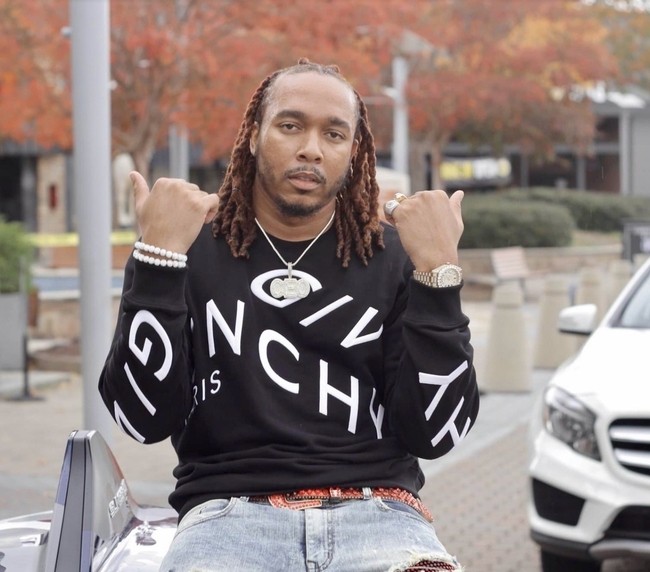 Criminal defendants are treated inadequately in the United States, defendants utilize everything within their power to hold their lives together while it’s constantly being pulled and torn apart by the court system regardless of if the defendant is innocent or guilty of the crimes accused. Despite the barriers to success, Frank Hugo born “Quincy Jamar Fluker” has had many wins since his last year’s release from jail in which he is currently out on a conditional bond and ankle monitored home confinement with a court-ordered curfew awaiting trial. Pre-Trial life is hard, but the Metro Atlanta rapper has it pretty good compared to the rest. He’s able to take flights just to cop a meal despite having to be home before his curfew, he gets customized gold chains iced with diamonds that spell out his label’s name (BMR), has an array of supercars to choose from and spends lots of quality time with his daughter to occupy his downtime. His current successes don’t come from wishful thinking, Hugo has mastered the art of bringing his goals to life by betting on himself and turning his dreams into reality. Even with 10 felony charges hanging over his head, he’s making sure to fill in any gaps by recalculating his path towards the right destination. He’s an entrepreneur and philanthropist that has conducted 5 annual back to school drives, sponsored 5 annual feed the community events, and is heavily connected within his community as well as being the CEO and executive music producer for his record label, Brick Money Records (BMR). The titles don’t just end there; his business endeavors include being a real estate investor, personal trainer, event promoter, and tax accountant at his own firm that he will have solely owned for 10 years come 2021.

Hugo engages in many different professional hubs and shamelessly flaunts it all in his spitfire rap game. His last single, “Count It Up” is unapologetic, bold, and extravagant. The only way the excess Benjamins can be organized is through garbage bags hidden in the attic. Hugo performed his brazen track at King of Diamonds in Miami and has collaborated with Empire Events to throw lavish parties. His music might be loud, but his bread talks even louder.

While Hugo might be flashy with his paper and ice, he remains humble with his roots. In the music video for “CEO Flow,” the rapper is honest with his situation exactly one year ago – discharged from Floyd County Jail, disheveled with holes in his shirt holding nothing but his possessions in a clear Ziploc bag. Fast forward twelve months and Hugo has made big moves for himself: he’s celebrating his tax service, Professional Freedom’s, 10th year anniversary, brought in over $1 million in profit, received the five star award as an entrepreneur, and recorded an entire album within a week’s time. Just like the mission statement of Brick Money Records states, “Bet on yourself & make dreams reality;” Hugo did all that for himself by setting his mind on the prize. Period. He rolls up to his local mall in a Polaris Slingshot, takes selfies with his many fans, and goes into stores empty handed and leaves with overflowing shopping bags. It’s time to level up, the drip meter has been achieved and Hugo has made a name for himself thanks to the executive mindset and boss perspective. This is the true flow of a CEO.