From the Nashville-esque rhythmic influences of The Band Camino comes South Carolina’s newest budding pop rock band Practically Paradise. Their brand new debut single and visual “On Read”, out December 4th, provides a critical first-person look at the way modern dating has changed as social media continues expanding into all aspects of life. Albeit an infuriating topic for anyone who’s experienced the communication failure known as “ghosting”, Practically Paradise uses clean production, neon colors, and cheerful synth to create a playful video. 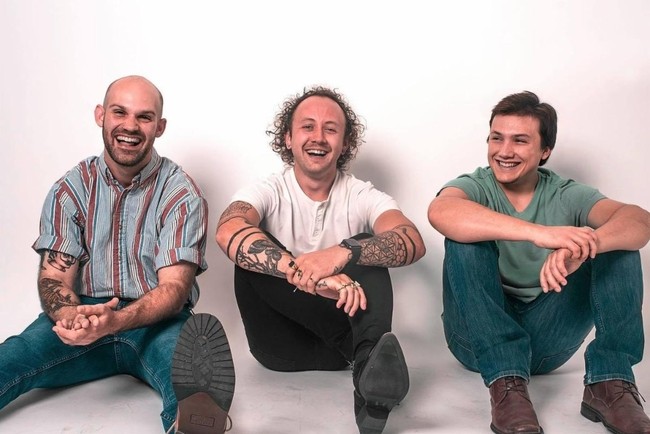 Kyle Grant elaborates, “Everyone wants to be heard, to be acknowledged, to know that they aren’t alone in the world, especially in a world that’s become so divided through the development of social media. This void has never been felt in the generations before us, so the negative effects of feeling unwanted and left out to dry are exponential. We hear you, and we understand. You aren’t alone.”

Creating early auditory connections might be the last thing parents think they’re doing when casually deciding between Joan Jett or The Rolling Stones to play on the car ride to school. The commercials using radio rock as background music, old and weathered musical instruments lying around the house or thrifted art pieces hanging in the bathroom may not outwardly birth a prodigy, but for the Bolin brothers Drew and Reed, this is what started it all. The Bolins’ household is surrounded by items that influence creative exploration, and although the Bolin brothers and Kyle Grant weren’t raised together, they unknowingly experienced a very similar creative childhood. With Kyle Grant absorbing his father’s music choices or watching VH1 music videos, he found himself magnetically drawn to the world of music. With a guitar gifted from his grandmother, Kyle Grant found friends Drew and Reed who quickly became family and it felt much like what they would eventually call their pop-rock band: Practically Paradise.