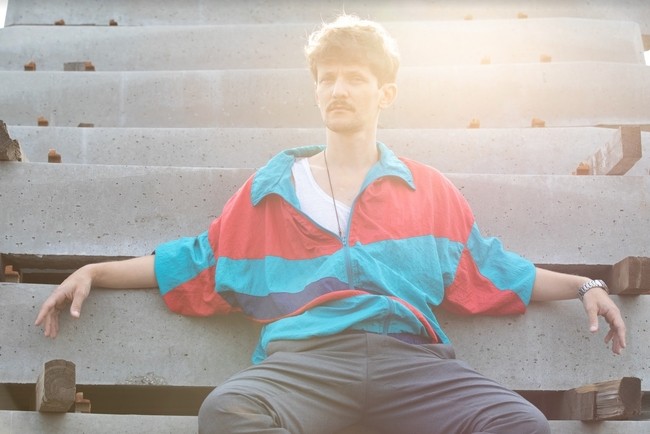 Not too many Americans are familiar with Kraków. Even in Western Europe, few young people know very much about Poland’s second-largest city. That’s a terrible shame: not only is Kraków one of the oldest and most beautiful cities in the world, it’s also a capital of culture. For centuries, Kraków has been considered a culture capital for more traditional arts, these days Krakow is a home to fearless musicians – and Kuba Kubica, the man behind the dizzyingly-innovative electronic act SOUNDQ, is carrying on that tradition.

He’s also here to show you around. The stylish, beautiful clip for “Bad Lot” takes us to the heart of Kraków – not necessarily to the tourist centers, but to places in the city that are distinctly Polish, and Eastern European. Every shot bleeds character, and every frame is a revelation. It’s plain that Kubica is proud of his city – its glamour and grit, its peculiar character, its singularity, its energy, its searing lights and astonishingly beautiful people. International travel is, unfortunately, not advised during a global crisis, but we’d be surprised if you don’t leave your encounter with the “Bad Lot” video without a burning desire to see Kraków for yourself.

Kubica’s writing, too, is characteristically Eastern European: clearer-eyed and more honest about the exigencies of life than American electronic pop tends to be. Among other things, his songs explore the dynamics of interpersonal struggle, the vagaries and cruelties of fate, power imbalances, and the destabilization that comes from living between worlds. He’s matched that heady sentiment to electronic music that’s absolutely singular – music that draws from house, and bass, and old-school IDM, and even contemporary pop, but which simply doesn’t sound like anything else. “Bad Lot” has become an international underground success not merely because it’s so catchy, danceable, and propulsive. It’s also found an audience on both sides of the Atlantic because of the brave way forward it promises.

Łukaz Czarnecki’s clip for “Bad Lot” is just as bold. The clip opens with a near-apocalyptic image: young people, supine on a city street, with shattered glass and broken wood strewn all over the scene. Yet they won’t be held down. Before long, they’re on their feet in a shattered, dangerous, gorgeous Kraków, driving old-model cars across suspension bridges, crashing through tunnels, and dancing in the car parks of the industrial zone. Maybe Czarnecki is incapable of taking a shot of Kraków that isn’t gorgeous. Maybe Kraków is so dazzling that it’s going to look fantastic no matter where the director points his camera.