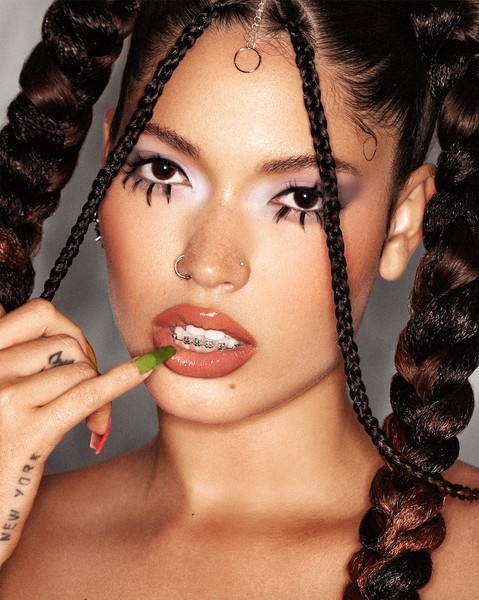 As a well-known Next model and urban R&B/pop artist, Maxine Ashley pulls from her experiences growing up in The Bronx with her salsero parents to create a serious bad bitch persona, continued in her latest single “Rager”. As a Latinx Grammy-award winning song-writer, professional Pat McGrath model and Pharrell Williams protege, Maxine Ashley’s “Rager” and its accompanying goth-toned lyric video, come from Maxine’s unwavering determination to push through COVID-19 sadness and stay sane, a trait possibly attributed to growing up Latin in The Bronx. This is a song for the weirdos, the ragers, the up-all-nighters, and people who live each day like a new party.

As a muse for Pat McGrath since 2017 and, recently, Fenty Beauty, she’s garnered features in Vogue, Wonderland, Tidal and many more. Moving to London alone when she was just 13 to pursue her entertainment dream, Maxine Ashley won’t take “no” for an answer, resulting in her signing to I Am Other headed by Pharrell Williams in 2017. A writer on Grammy-award winning Ariana Grande album Sweetener alongside Pharrell Williams, she channels an innate strength and wave of determination she inherited from her lineage of strong women through each single and visual she releases into the world.