If you listen to Lisa Danaë’s last single, “STARLET,” we get a glimpse of how she navigated to overcome self-doubt and learn to own her artistry. Now she’s returning with “Weigh Me Down,” an upbeat, pop confection that gives an intimate look into her relationship with comparison. “You’re a hit/You didn’t mean to brag/But I want what you have/I admit.” The song “was inspired by a constant feeling and something I battle with everyday, which is comparing myself to others,” Danaë explains. 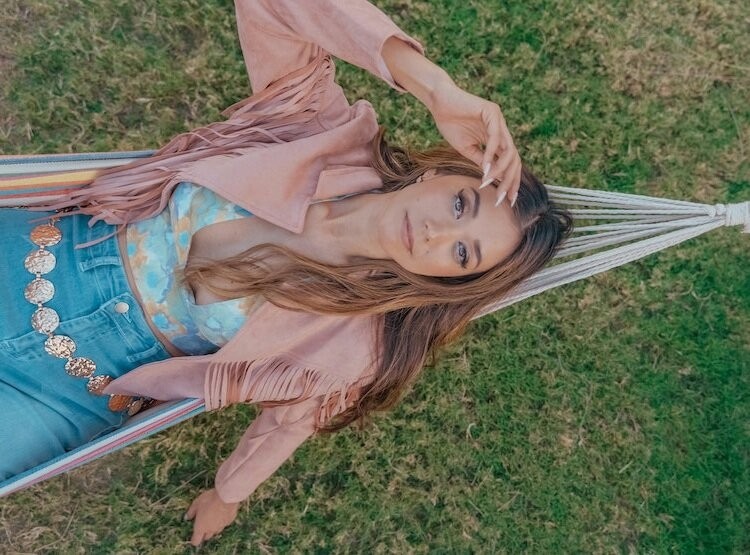 Built around layered electronic synths, Danaë’s honeyed vocals declare honesty as she sings, “I won’t let these thoughts own me/I won’t blame someone else/I’m the one that controls/How I’m feeling myself.” It’s an important revelation of self-awareness that’s easy on the ears.

It’s no secret that the music climate is not always healthy. Artists are in a constant mental battle with how the industry defines success, many times as only being on commercial terms. Fear of failure and being evaluated by others has created a surge of depression and anxiety among artists, feeding into the narrative that success is only achieved if you become the next viral hit.

There is something very relatable about Lisa Danaë and her songwriting. She doesn’t try to hide her vulnerability, exposing the inner struggle many people go through in a world that is catered towards likes, views, followers, and streams. Like the title of her single, Danaë is proclaiming that she will no longer let this internal conflict “Weigh Me Down”.