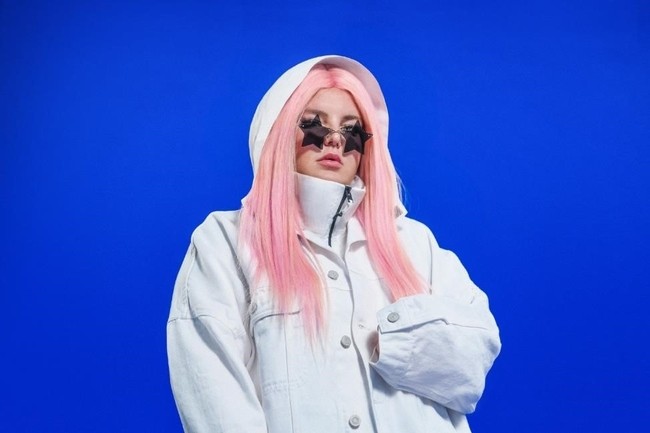 Australian artist Tones And I has shared an alternate version of her new single “Fly Away,” enlisting the help of G Flip, The Pierce Brothers, Adrian Eagle, Alice Blake Music and the Melbourne Gospel Choir to pull together a stunning live rendition of the song. The alternate version of “Fly Away” features an accompanying performance video filmed at Melbourne’s Rod Laver Arena, which sees the ensemble backing Tones And I as they transform the song into a brass-filled gospel anthem.

Tones And I shared the original version of “Fly Away” last month alongside a cinematic official music video which is streaming now on her official YouTube channel. Marking a new chapter in the global phenom’s already historic career and serving as a preview to her widely anticipated full-length debut, Tones And I recently delivered a poignant performance of “Fly Away” on ABC’s Jimmy Kimmel Live! Furthermore, Tones And I has been announced for a special performance at the 2020 YouTube Streamy Awards set to air December 12th at 6:00PM PT / 9:00PM ET on youtube.com/streamys.

Elaborating on “Fly Away,” Tones And I shared, “‘Fly Away’ is about chasing your dreams, reaching your goals and the realities that come with it. Being a busker, I obviously had bigger dreams. However, this song is inspired by the way I thought I would feel versus the way I actually feel. I think that’s very powerful, at least to me. It’s about genuine happiness and what we think we need to have happiness versus what we actually want. The truth is we only ever want anything because we think it will make us happy, but it’s never that simple.”