Pop rock weirdos KITTEN release new single “What Year Are We In” today via Orchard music. 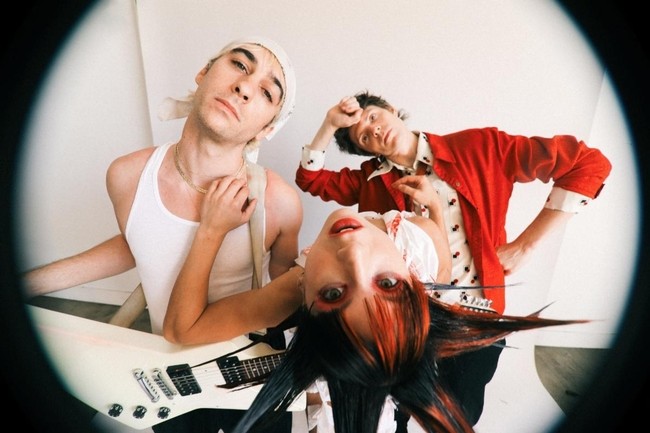 The second single from KITTEN’s forthcoming full-length record due next year, “What Year Are We In” is a pivot back to electric guitar riffing after the effervescent pop of lead single, “Angelina”. Over a pulsing 70’s classic rock groove, singer Chloe Chaidez tries to bring a semblance of order to these trying times. Musical passages beam in from other decades, a growling 808 here, an ’80s dance break there, to add to the overwhelming sense that time is collapsing in on itself, that humanity is doomed to repeat its mistakes.

Written at a rare rehearsal-studio jam this summer during lockdown, “What Year Are We In” vibrates with KITTEN’s longing to get back onstage. As the song builds to a shout-along crescendo replete with triumphant horns and jangling guitars, the band exclaims, “I just want to play sweet rock’n’roll,” in a desperate attempt to conjure the euphoria of a life that feels impossibly far away.

Singer Chloe Chaidez adds, “It’s a bizarre time to be alive. We have history at our fingertips. Teenagers wear Joy Division t-shirts, and moms listen to Drake. ‘What Year Are We In?’ is a funny question to pose, but it also feels like the simplest way of conveying a feeling.”